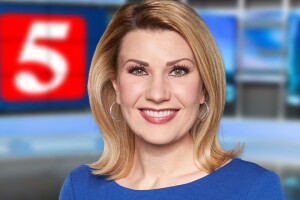 Emily Luxen is an Emmy award winning journalist who anchors the evening news on the weekends, and reports on all the latest breaking news around Middle Tennessee three days a week. She joined the NewsChannel 5 team as a reporter in February of 2012.

Emily is a proud native Texan, who will always love her hometown of Dallas, great Tex-Mex food, and the Dallas Cowboys and Mavericks. However, since moving to Nashville, she has become a loyal fan of the Titans and Predators and has acquired an appreciation for southern food.

Before coming to Nashville, Emily was the lead evening reporter at WBRC-TV in Birmingham, Alabama. During her four years there, she covered stories ranging from the deadly tornadoes in April of 2011, to NASCAR races at Talladega, to University of Alabama football games. Prior to Birmingham, she was the main evening news anchor and producer at KFDX-TV in Wichita Falls, Texas. She also worked as an anchor, producer and reporter at KOMU-TV in Columbia, Missouri. She graduated from the University of Missouri School of Journalism. Go Tigers!

Emily is a member of the Nashville Kappa Kappa Gamma Alumnae Association, Nashville Mizzou Alumni Chapter, and has a passion for helping local animal rescue organizations.

When she's not at work, you can find Emily trying to keep up with her rescue dog Knox (a Beagle/Jack Russell Terrier mix), working out, watching movies and sports, reading a good biography, and checking out the latest restaurants to open in Nashville.