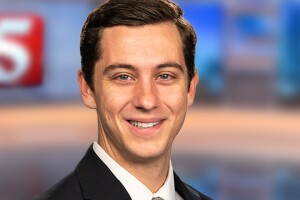 Eric Hilt joined the NewsChannel 5 team in October 2018 as a reporter and multi-media journalist.

Originally from Omaha, Nebraska, Eric graduated from the University of Missouri in 2010 with a degree in journalism. Before moving to Nashville, he worked as a reporter in Springfield, Mo. and Las Vegas, Nev., where he covered high-profile stories like the Las Vegas shooting and OJ Simpson’s release from prison. Eric was awarded an Emmy award for his coverage of a unique murder case in Southern Missouri.

In his free time, Eric enjoys running and playing with his dog, Jesse. When he’s not at work, you can usually find him on a hiking trail, at a campsite or exploring one of Tennessee’s many state parks.