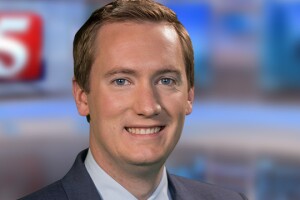 Jesse Knutson is the Country Music and Entertainment Reporter for News Channel5 and also covers news in Williamson County and all of Middle Tennessee.

Born and raised in Seattle Washington, Jesse found his passion for news after interning at KNBC in Los Angeles during college. From the moment he stepped into the newsroom, he knew that telling stories and keeping viewers informed on important issues was what he wanted to do.

Jesse is a resident of East Nashville, and as an avid guitar player who loves all genres of music, specifically Country, Blues, and Rock, Jesse knows there is no better place to live, work, and simply enjoy.

Being a Seattle native, Jesse is a Seattle Seahawks fan, Seattle Mariners fan, and a Seattle Sounders fan, but since moving to Nashville in 2015, Jesse has become an avid Nashville Predators fan and has been a member of the Loyal Legion since moving to Nashville. He also roots for Marcus Mariota and the Titans whenever they’re not playing the Seahawks. In addition to cheering on his favorite teams (including his fantasy football teams), Jesse is an avid tennis player who played in college and continues to play in Middle Tennessee. Jesse was also the #1 junior Pickleball player in the US while growing up in Seattle.

Jesse joined News Channel 5 after reporting for KING 5 News in Seattle. Prior to his time in Seattle, Jesse spent three years at WHP-TV in Harrisburg, Pennsylvania.

On his days off, you can find Jesse at one of his favorite music venues, such as the Ryman Auditorium, Robert’s Western World, The Listening Room, or 3rd and Lindsley, playing tennis, hanging at Carter Vintage Guitars, eating barbecue at Peg Leg Porker, or simply exploring Middle Tennessee.

Jesse likes reporting on all types of news and is always looking to connect with the people of Middle Tennessee.