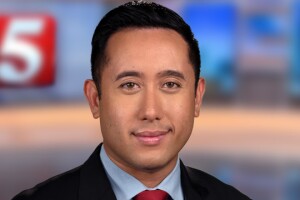 He first began his career in Music City chasing breaking news as a morning reporter.

Now, Matthew continues to passionately cover the diverse community of south Nashville and the ongoing opioid crisis as a general assignments reporter.

Matthew won two Midsouth Emmy Awards for his coverage on the deadly attack on four Marines in Chattanooga and one of the worst ice storms in middle Tennessee history.

Prior to moving to Nashville, Matthew was a multimedia journalist and weekend anchor at KTAB-TV in Abilene, Texas.

There he covered a variety of big stories from a wildfire that evacuated a town to the elections in Austin.

He’s a proud Texan and calls Dallas home but is very excited to be living in Music City.

Matthew is no stranger to moving around and adjusting to new cultures. He was born in Manila, Philippines and moved to Calgary, Canada when he was 7. Matthew then moved to Frisco, Texas in the middle of high school where he helped with the school's television program and found his love for broadcasting.

He previously worked as a field producer for AXS TV and was a director for Createvation Media in Dallas.

Matthew graduated with a bachelor’s degree in Converged Broadcast Media from the University of North Texas in Denton, Texas (Go Mean Green!).

When he's not reporting, Matthew finds a reason to travel and try as many new restaurants as possible. If you ask him to go to brunch, he will certainly not turn it down.