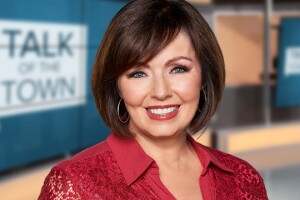 Talk of the Town anchor

Meryll Rose has been a familiar face to Nashville television viewers for many years, as the co-host of NewsChannel 5's top-rated midday show, "Talk of the Town."

Meryll is a graduate of Hillsboro High School in Nashville, and the College of Communications at the University of Tennessee in Knoxville. Meryll landed her first job after graduation as a reporter and weekend anchor at WRCB-TV in Chattanooga.

After a year in Chattanooga, Meryll returned home to be the co-host of Nashville's first magazine show, "PM Magazine." She also served as the producer of that show, until the opportunity arose to develop a new entertainment show for syndication. Meryll joined Jim Owens Entertainment as the producer of the weekly series "This Week in Country Music," which became the popular TNN series "Crook & Chase," which she also produced.

Meryll joined the NewsChannel 5 team in 1987 as the Executive Producer of "Talk of the Town." She co-anchored NewsChannel 5's Weekend Morning Report for three years, before being named to her current position as co-host of TOTT.

Meryll remains actively involved in the community, speaking to school, church, and civic groups. She is a soloist with her church choir, and likes to renovate old houses. Meryll and her husband, Dan have two children.