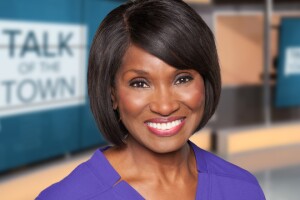 A native of Cadiz, Kentucky, Tuwanda's initial job with NewsChannel 5 was that of a studio camera operator. A position she held for 10 years.

During the 10 years Tuwanda was perfecting her skills behind the camera, she became actively involved in producing and co-producing several station projects, including the Jerry Lewis Muscular Dystrophy Telethon and the Children Miracle Network Telethon benefiting the Monroe Carell Jr. Children's Hospital at Vanderbilt. The more responsibilities Tuwanda was given as a special projects producer, the more her desire to produce full-time became evident. So in 1992 Tuwanda was given the opportunity to join the staff of "Talk of the Town" as an assistant producer. Six months later she was promoted to full-time producer with the show, and in 2003 Tuwanda moved from behind the camera to in front of it becoming a field reporter for "Talk of the Town". In addition to her duties with "Talk of the Town", Tuwanda also hosts "The Plus Side of Nashville" and the "Talk of the Town" spin-off show "Taste of the Town" for NewsChannel 5+.

Tuwanda is actively involved in the community lending her to support to numerous boards and organizations including; the Monroe Carell Jr. Children’s Hospital at Vanderbilt Advisory Board, the National Association of Television Arts and Sciences, the Oasis Center, YMCA Black Achievers, Nashville Film Festival and Youth About Business. She is also a member of Alpha Kappa Alpha Sorority, Inc.

In 1995 Tuwanda received a Mid-South regional Emmy nomination for a series of Black History Month tributes, and in 2007 she was nominated for her work on a NewsChannel5 special highlighting the hit Broadway musical, "The Lion King."

In 2015 Tuwanda won a national award when she was named the Children's Miracle Network Hospitals "Television Media Person of the Year" - an award given for over 30 years of dedication and efforts to promote and raise funds for the Monroe Carell Jr. Children's Hospital at Vanderbilt.

Tuwanda is the proud bonus-mom to her stepdaughter, Yolanda. When she's not working, Tuwanda enjoys traveling with her husband, Charles, walking and reading.