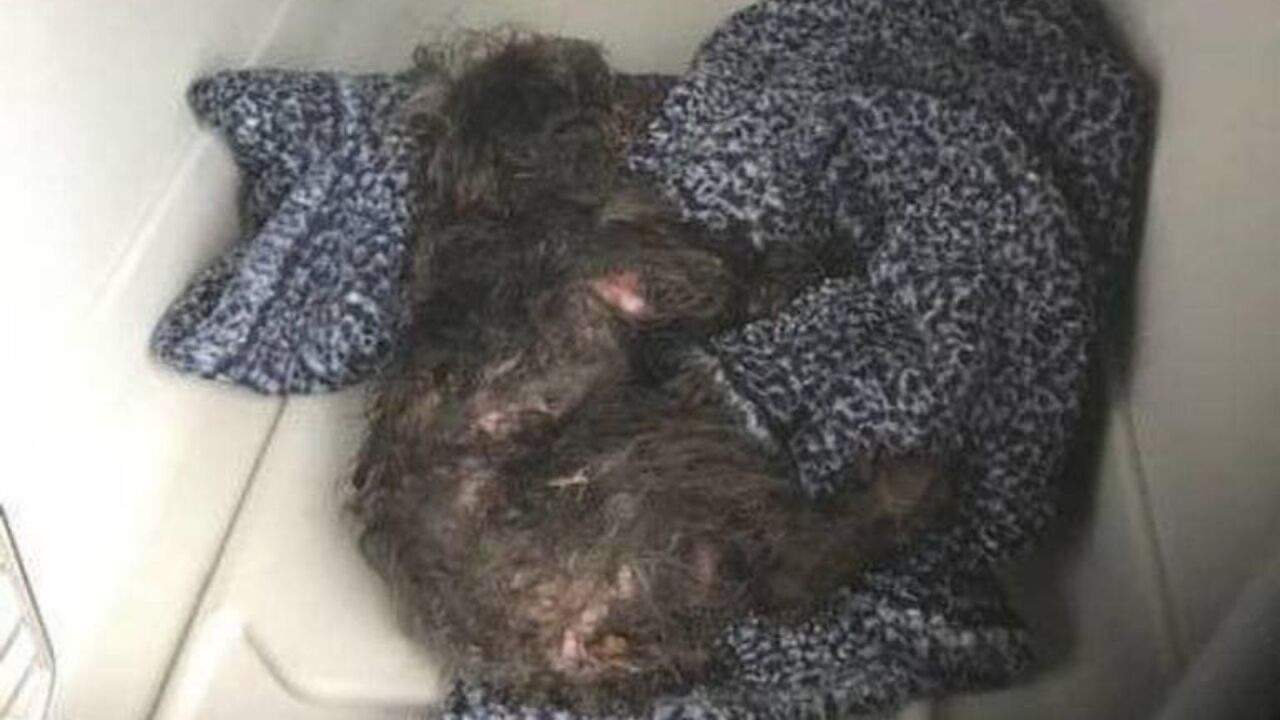 PATERSON, N.J. -- A tiny poodle named Bear is clinging to life after being tossed from a vehicle in New Jersey over the weekend, a local shelter said.

The Ramapo-Bergen Animal Refuge described the dog as emaciated and matted when he was found lying in the street "after being discarded like trash," the shelter wrote on Facebook. It appears he suffered "a lifetime of neglect," they wrote.

The dog was thrown from a car window around 1:30 p.m. Saturday, near 927 Market St. in Paterson, the social media post said.

As of Sunday morning, the poodle was in the intensive care unit at Oradell Animal Hospital in Paramus.

The shelter said Bear suffered pelvic fractures, skin lesions from road rash and a possible herniated diaphragm. Doctors suspect a skull fracture, but the dog was not yet stable enough for a CT scan to confirm.

The Facebook post said a day or so would be needed to determine the poodle's long-term prognosis.

The shelter and authorities are now hoping someone might come forward with information that helps them find the person responsible for the animal abuse.

Anyone with information is asked to contact Detective Richard Martinez at 973-881-3640.

This story was originally published by Mark Sundstrom at WPIX.