Do Students Need Teachers To Get Education? 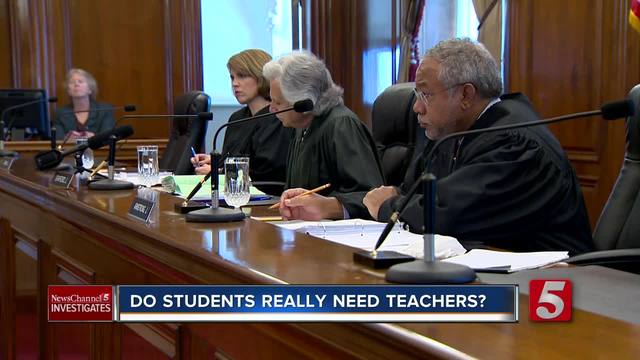 That provocative question was at the heart of arguments Tuesday before the Tennessee Court of Appeals. 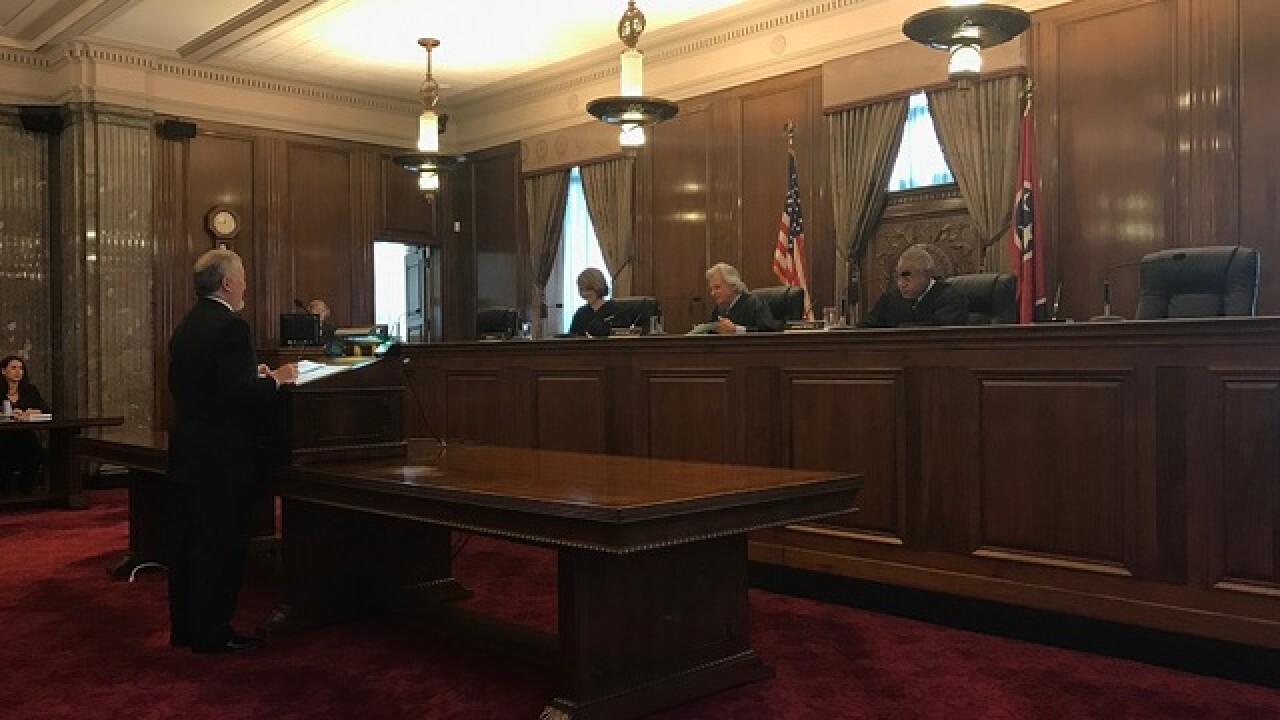 Do students really need teachers to get an education?

That provocative question was at the heart of arguments Tuesday before the Tennessee Court of Appeals as it heard one student's lawsuit against Metro Schools.

The lawsuit filed by student Toni Jones stems from a NewsChannel 5 investigation into the district's efforts to manipulate test scores. Jones was a struggling student who says she was pulled from a class with a teacher so she wouldn't have to take a test that was used to judge the performance of the school.

Last year, a Nashville judge threw out the case, saying the practice did not violate Jones' constitutional rights. Her lawyer is now asking the Court of Appeals to reinstate that lawsuit.

The legal arguments occurred  inside a stately courtroom not that far from Pearl-Cohn, a struggling high school in Nashville's inner city.

Jones was a Pearl-Cohn freshman who was passing Algebra I, when she was suddenly pulled from the class and told she would have to study it on a computer on her own.

"It's just, basically, they give you the classes and you have to do them," Jones told NewsChannel 5 Investigates in late 2015.

We asked, "And you didn't have an Algebra teacher sitting there with you?"

Former guidance counselor Kelly Brown told NewsChannel 5 that it happened because Jones had not performed well on practice tests -- tests that were designed to predict how students will perform on the End-of-Course exams that were used to judge the school.

"The only reason," Brown replied, "is because they want their scores to go up."

Jones' lawyer, Gary Blackburn, told the Court of Appeals panel that -- when she was told to study a class she needed to graduate on her own -- that violated her constitutional rights.

"If a teacher is not essential, then a school system can be operated entirely by computers," Blackburn said. "The fact that she was denied a teacher was what we allege to be the constitutional deprivation."

But Metro lawyer Melissa Roberge argued it's not enough to amount to a constitutional violation.

"She was still in school, she was only removed from this one class, she still had access to a teacher," Roberge added.

She said schools need flexibility to provide education however they see fit, without the courts intervening.

Blackburn's response: "Is this court going to hold that a teacher is not essential to an education in Tennessee? That's the question."

Jones is getting some legal help from the Tennessee Education Association, which filed a brief urging the court to rule that -- by definition -- you can't have education without teachers.