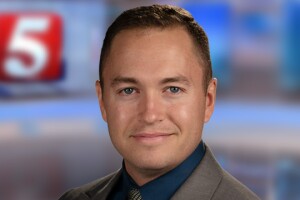 Kyle joined the NewsChannel 5 team in Summer of 2017. An Emmy award-winning journalist, Kyle is heavily interested in covering what matters most to Tennesseans. He has covered stories ranging from political, investigative and feature pieces, but was attracted to the station by its renowned photojournalists, producers and reporting team who make an impact on the culture of Middle Tennessee and Southern Kentucky.

Kyle started his career in Richmond, VA, where he worked behind the scenes in newscast production at the local ABC affiliate, WRIC. Soon after graduation in 2010, he moved to Rapid City, SD, to be the station’s weekend anchor, covering significant western events, including migrations of a herd of 14,000 buffalo and nationalizations at one of America’s most fantastic monuments, Mount Rushmore.

After spending time at KNBN, Kyle moved back East, to New Bern, NC. There, he anchored weekends and ignited a passion for telling stories that won him six associated press awards, two MidSouth Emmy nominations, and one Emmy win, right here in Nashville. Kyle covered stories on the deep sea aboard fishing vessels, angling for 700lb marlin, the struggles of a mayor trying to save the only hospital within an hours drive and uncovered an alleged real estate con artist who police charged for misleading customers and his company, costing the business thousands.

Three years later, Kyle was ready for his next journey to Denver, CO. There, he worked as a multimedia journalist to tell topical stories about groundbreaking research, breaking news overnight and featured a story about a non-profit mission to save captives of pirates in war-torn and third world countries. One such mission rescued 26 sailors from Somali pirates in October, 2016.

After two years in Denver, Kyle is happy to call Nashville home. Kyle is excited to cover Nashville’s growth, lively culture and all of the complexity of Tennessee’s people and their unique struggles.

Kyle loves hiking, fishing and going to the gym.