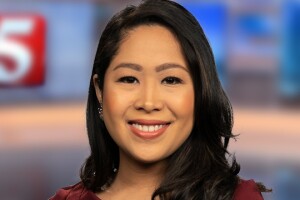 The Queens native graduated from New York University with a double major in Broadcast journalism and politics.

Seena’s first reporting job took her across the country to Eugene, Oregon. While reporting for the NBC and CBS affiliates KMTR/KVAL News, Seena won an Emmy-Award for her coverage on the tragic Umpqua Community College shooting.

After two years in the Pacific Northwest, Seena came back to the East Coast to report. She spent a few months reporting for FiOS1 News in the New York City Metropolitan area before moving to Springfield, Massachusetts.

During her time in New England, Seena spent two years anchoring and reporting for Western Mass News (WGGB/WSHM). Seena covered dozens of exclusive stories including speaking to displaced Puerto Rican families after Hurricane Maria hit. She also covered a local case, which made national headlines, after being known as the "house of horrors" in Springfield.

When Seena isn’t reporting you can find her traveling, trying new restaurants or hiking with her rescue dog, Petey.