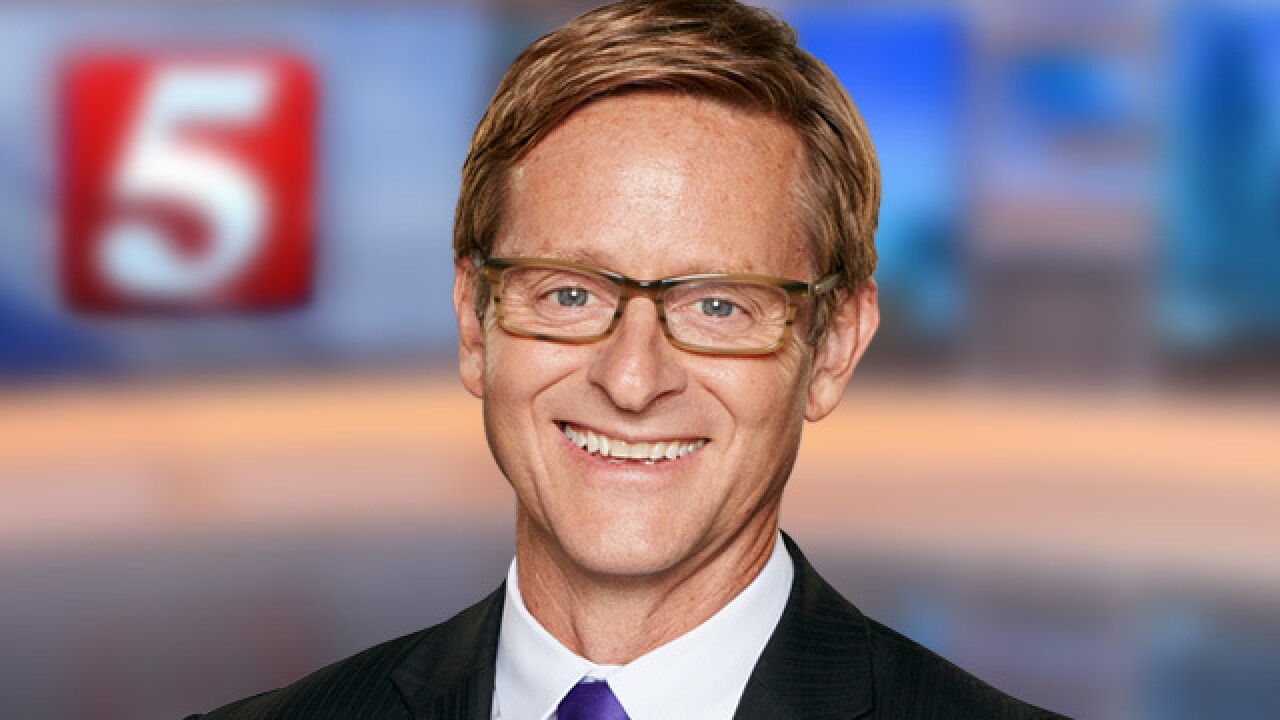 Nick loves his job. From the morning news meeting to chasing down leads to filing the story -- it's work he truly enjoys.

An Illinois native, Nick's journalistic journey began in high school where he worked for the South Eugene Axe newspaper in Eugene, Oregon. He branched out to DJ work at a rock station. Nick also did play-by-play and public address announcing for local sporting events -- including American Legion baseball. What is Nick's fondest recollection of this time? "... the frequent trips to the concessions stand where I ate all the free hot dogs and nachos I could for the entire summer -- thus my high cholesterol level -- but that's another story."

Nick's time at the University of Oregon was highlighted by a three month stint as an intern with the MacNeil/Lehrer Newshour (Now the Newshour with Jim Lehrer) in Washington, D.C.

After graduating, Nick worked in magazine publishing but returned to the classroom for his masters at the Medill School of Journalism at Northwestern University. His first TV job was at KTVL-TV as a reporter/anchor in Medford, Oregon. He then accepted the Joan Shorenstein Barone Congressional Fellowship and worked for a year in the U. S. Congress. After that it was on to sunny California. In the Los Angeles area, Nick worked for OCN -- The Orange County NewsChannel as a reporter/anchor.  During that time he covered the Northridge earthquake, Laguna Beach fires, President Richard Nixon's funeral and the O.J. Simpson trial.

These days Nick reports with a flair for landing the exclusive interview. He spends a good deal of time covering stories out of Maury and Rutherford Counties. Nick hosts the popular MorningLine show on NewsChannel 5+ -- the station's cable channel. He's also hosted our gavel-to-gavel coverage of high profile criminal trials -- including those for Perry March and Mary Winkler. Nick is an Associated Press and Emmy Award winning reporter.

Away from work Nick makes his home in Mt. Juliet, in Wilson County, where he lives with his wonderful wife Debbie and his young son Litton Houston -- otherwise known as Huey. He also asked that we mention the family's faithful pug sidekicks Bart and Rocky ... the crazy parakeet Pete ... and Socky the wise ol' goldfish. Oh, and don't forget Nick's two bee hives. The bees aren't really pets, but they do make great honey.