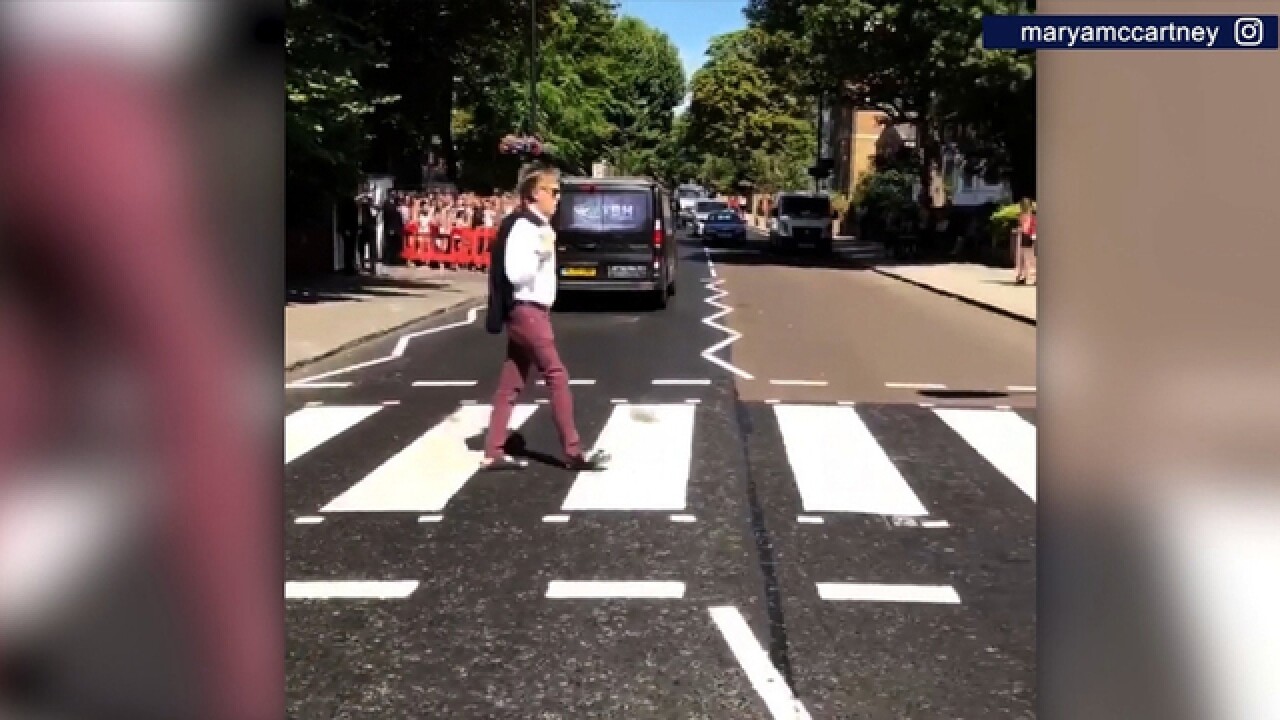 Copyright 2018 Scripps Media, Inc. All rights reserved. This material may not be published, broadcast, rewritten, or redistributed.
&lt;p&gt;Paul McCartney reenacted the Abbey Roadwalk Monday ahead of the 49th anniversary of the famous album and its cover. McCartney's daughter Mary also shared video with the caption: "Why did the Beatle cross the Abbey Road."&lt;/p&gt;

When the Beatles' "Abbey Road" album was released 1969 -- featuring the Fab Four striding through the crosswalk near their London studio -- the imagery added to the persistent rumors that Paul McCartney had actually died a few years earlier and had been replaced by a lookalike.

Many noted that Paul was the only one of the four to be barefoot, and John Lennon and Ringo Starr were in all white and all black, respectively, the colors of mourning in many cultures.

But McCartney says it was just hot.

"It was a very hot day and I happened to be wearing sandals like I am today so I just kicked them off because it was so hot we went across barefoot," he explained. "There was no special meaning."

McCartney reenacted the walk Monday ahead of the 49th anniversary of the famous album and its cover.

The photo was taken on August 8, 1969 outside of EMI Studios in Abbey Road and was used as the cover for The Beatles' 11th studio album.

McCartney's daughter Mary also shared video with the caption: "Why did the Beatle cross the Abbey Road."

At 76, McCartney has new music out and he played some of the songs from his forthcoming "Egypt Station" album during a secret show Monday at Abbey Road studios.

Another one of his daughters, designer Stella McCartney, shared video of herself, her dad and actress Liv Tyler (daughter of rocker Steven Tyler) inside the studio.

The trio joked with Tyler, saying "Liv," and the elder McCartney responding: "And let die."