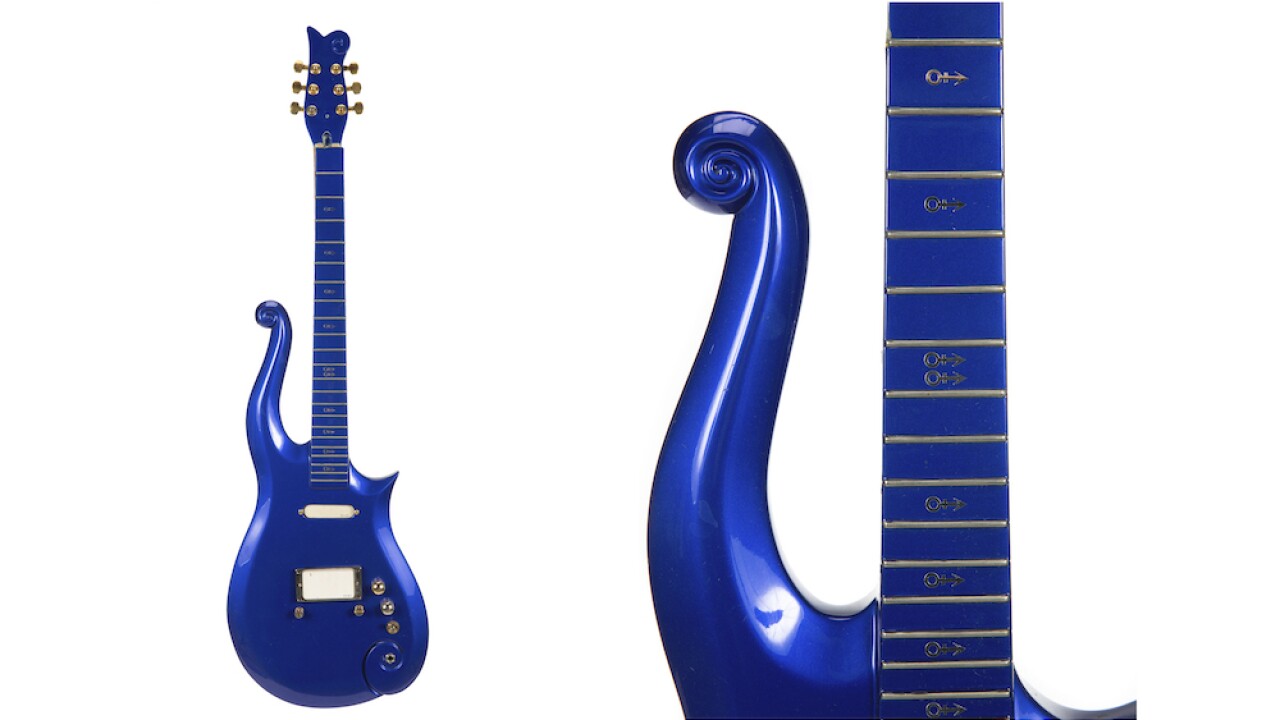 Julien's Auctions
AP
This combination photo of images released by Julien's Auctions shows a 1984 blue “cloud” guitar custom-made for Prince that he played in his prime period just after “Purple Rain.” The item is one of many up for auction by Julien’s Auctions taking place June 19 and 20 in Beverly Hills and online. (Julien's Auctions via AP)

LOS ANGELES — A guitar from Prince’s prime and some legendary Beatles lyrics sketched out by Paul McCartney are among the items going up for auction at a major music artifacts sale.

Julien’s Auctions announced Monday that the June auction will include a 1984 blue “cloud” guitar custom-made for Prince. He played it in his prime period just after “Purple Rain.”

A page of McCartney’s handwritten lyrics for the song “Maxwell’s Silver Hammer" will also be up for auction.