No.13 Tennessee Holds On Late To Beat Mississippi State 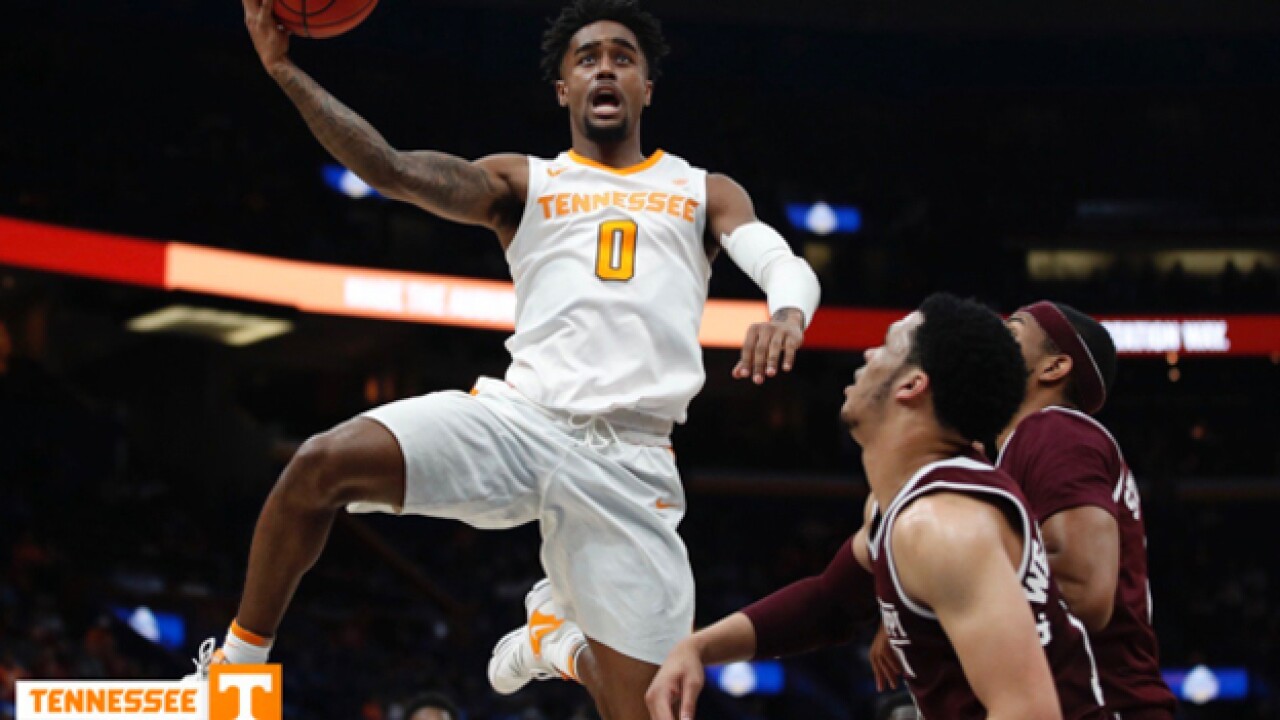 Copyright 2018 Scripps Media, Inc. All rights reserved. This material may not be published, broadcast, rewritten, or redistributed.
&lt;p&gt;PHOTO: Tennessee Athletics&lt;/p&gt;

Lamonte turner scored 15 points and No. 13 Tennessee locked down on defense to beat Mississippi State 62-59 in the quarterfinals of the Southeastern Conference tournament on Friday night.

The second-seeded Volunteers (24-7) led nearly the entire game, but the Bulldogs (22-11) had an opportunity to take the lead in the final 10 seconds. Down 61-59, Xavian Stapleton missed a 3-pointer that would have put the Bulldogs ahead.

Tennessee struggled to put away Mississippi State at the end, missing a slew of free throws. The Volunteers finished 17 for 28 from the free-throw line, but outrebounded the Bulldogs 50-33 and notched 22 defensive boards.

Weatherspoon's brother, Nick, left the contest after Tennessee's Kyle Alexander's foot collided with his face as Alexander was contesting a fastbreak.