After 52 years of marriage, this Colorado couple eats the same meal at Chili's every day 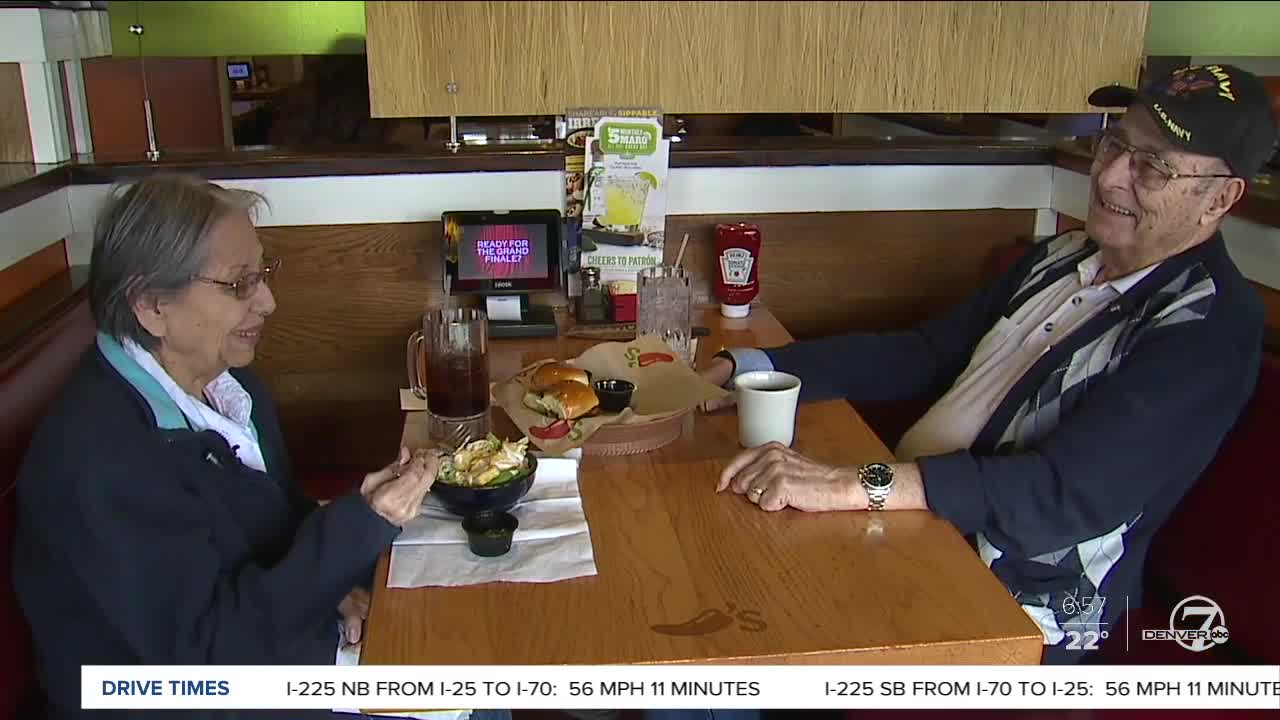 Every morning, as soon as the doors to the Chili’s Grill &amp; Bar on Abilene Street in Aurora open, 78-year-old Homer Day and 80-year-old Rosemary Day are there waiting to begin their regular lunch date. 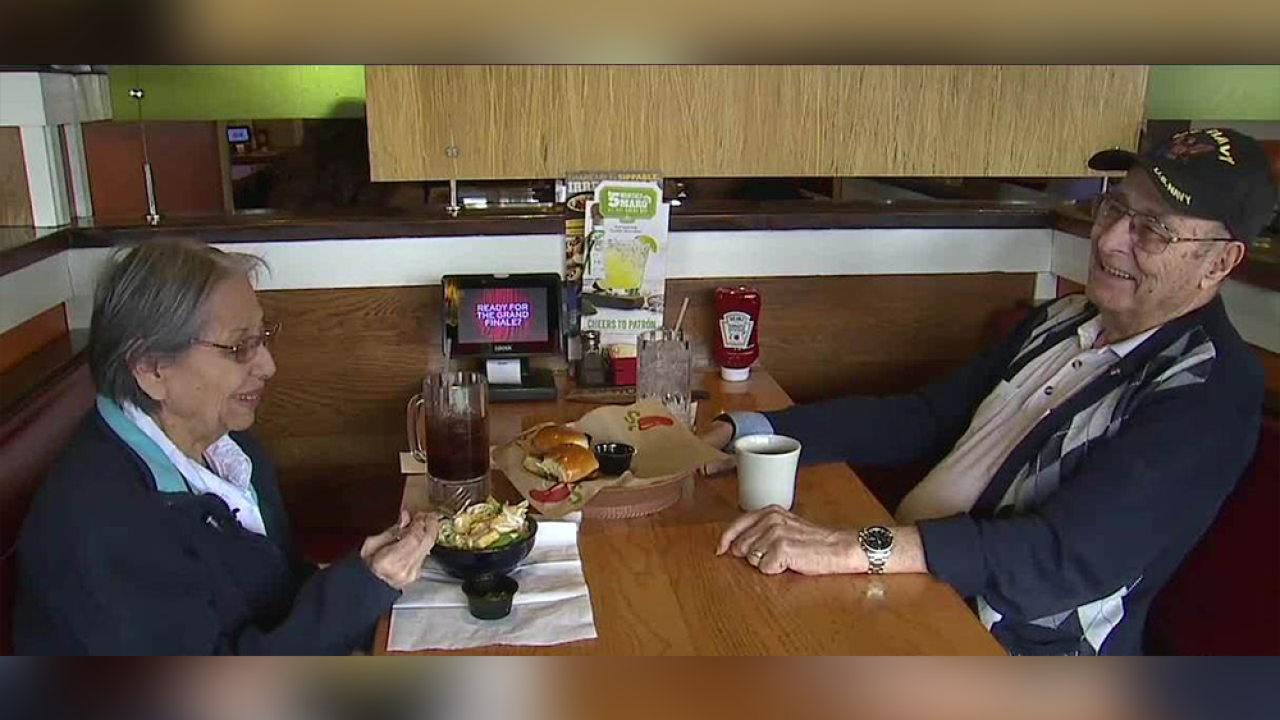 AURORA, Colo. — Every morning, as soon as the doors to the Chili's Bar & Grill in Aurora open, 78-year-old Homer Day and 80-year-old Rosemary Day are there waiting to begin their regular lunch date.

"It's like the old TV show 'Cheers,'" Homer said. "Everybody knows our names and we know theirs."

There's no need for staff members to bring the Days a menu — they order the same thing every visit.

"She spent the first year at Chili's — every day she would order the old-timer hamburger," Homer said. "Now, currently, her main course is the children's salad — a green salad — and two hamburger sliders."

It's a simple meal that's become one of the most important parts of the couple's decades-long marriage.

"We met in 1967 in Albuquerque, New Mexico," Homer said. "Rosemary worked at the telephone company and I did too. We rode the elevator and one day I made the statement that I had to go home and do my laundry and she figured out that I was single. And every morning — then she would make sure that she waited for the elevator, I think."

Three months after they started dating, they got married.

After 52 years of marriage, three children and four grandchildren, the Days hardest days of their relationship have yet to come.

"Rosemary has an illness that can't be cured — beginning of Alzheimer's," Homer said. "Rosemary has a difficult time communicating. Feeding her is difficult. That's why we come to Chili's."

They may order the same meal every day, but Homer said it's one of the only full meals Rosemary will eat these days.

He said that's due to the good food and staff that makes them feel welcome.

"The people here know of our problem and they're like family," he said.

Soon, the Days Chili's lunch dates will end because Rosemary will require more care than Homer can give.

"We are currently trying to find places where she eventually will have to be taken because I cannot continue taking care of her when she completely is unable to take care of herself," he said.

But until then, every morning at 11:30 a.m., the Days will be at their favorite restaurant enjoying Rosemary's favorite meal and each moment together.

"I'll be with her every single day until death do us part," he said.

This story was originally published by Micah Smith on KMGH in Denver.