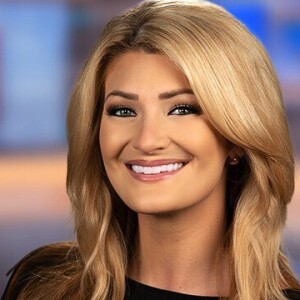 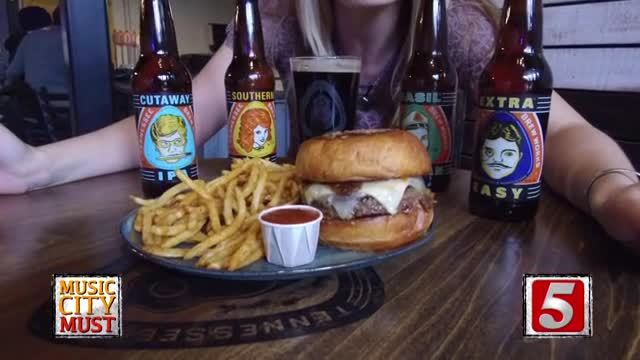 What do you get when you take five perfectly crafted local brews and add lunch? The Five Beer Burger at Tennessee Brew Works! 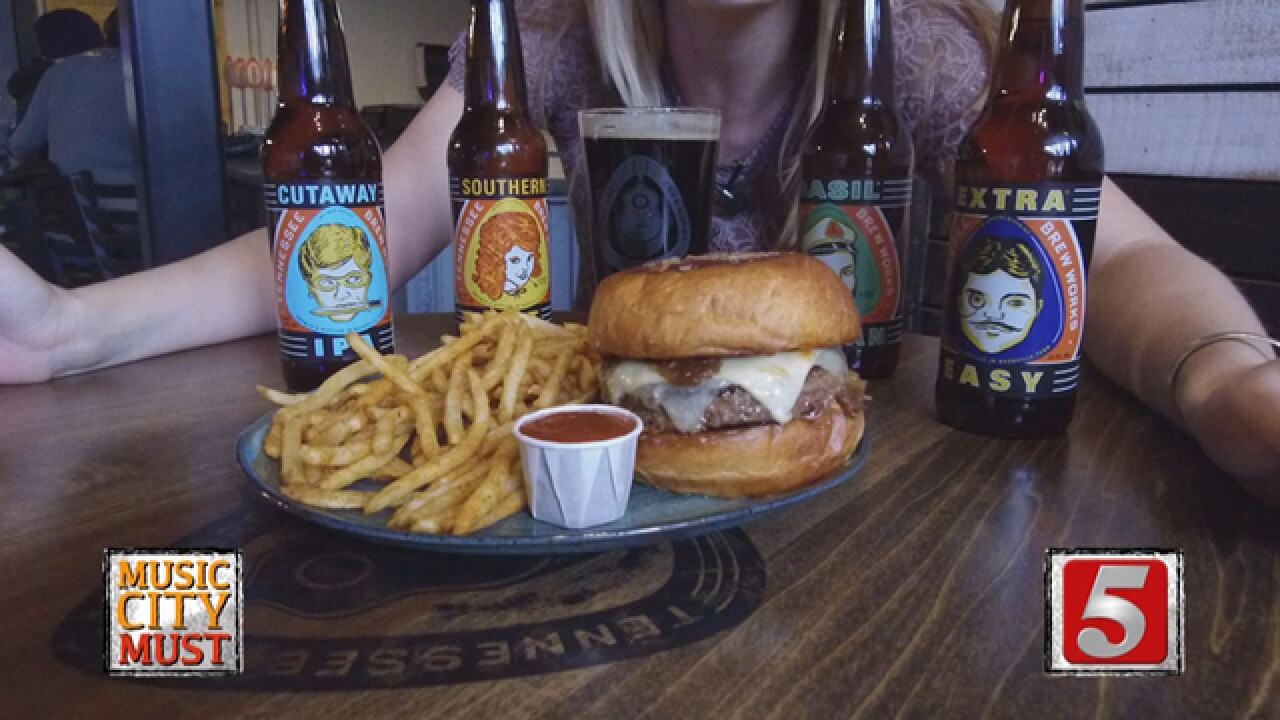 What do you get when you take five perfectly crafted local brews and add lunch? The Five Beer Burger at Tennessee Brew Works!

This place was founded on their love of creating craft beer, but their menu is just as tasty. Chef Jay Mitchell brings the entire menu to life based around the brews. Every meal is made in some way with the various beers found at their location.

From the bread, ketchup, cheese sauce, or pickle brine-  you can bet Chef Mitchell has found a clever way to incorporate TBW’s brews as an enhancing ingredient. He says the Five Beer Burger is one of his most popular creations. After trying it for myself, I agree. It’s a total flavor bomb.

The five craft beers used to enhance the flavor are Southern Wit used in the comeback sauce, Cutaway in used to make the pickle brine, Basil Ryeman used in the killer ketchup, Country Roots used in the onions, and Extra Easy used for the rest. The burger costs around $15 bucks and is worth every bite!

Go for lunch, a drink, or to tour the taproom at 809 Ewing Avenue in Nashville. Click here to check out their hours and location: www.tnbrew.com.