Two meteor showers to peak next week, meaning night sky could be full of activity 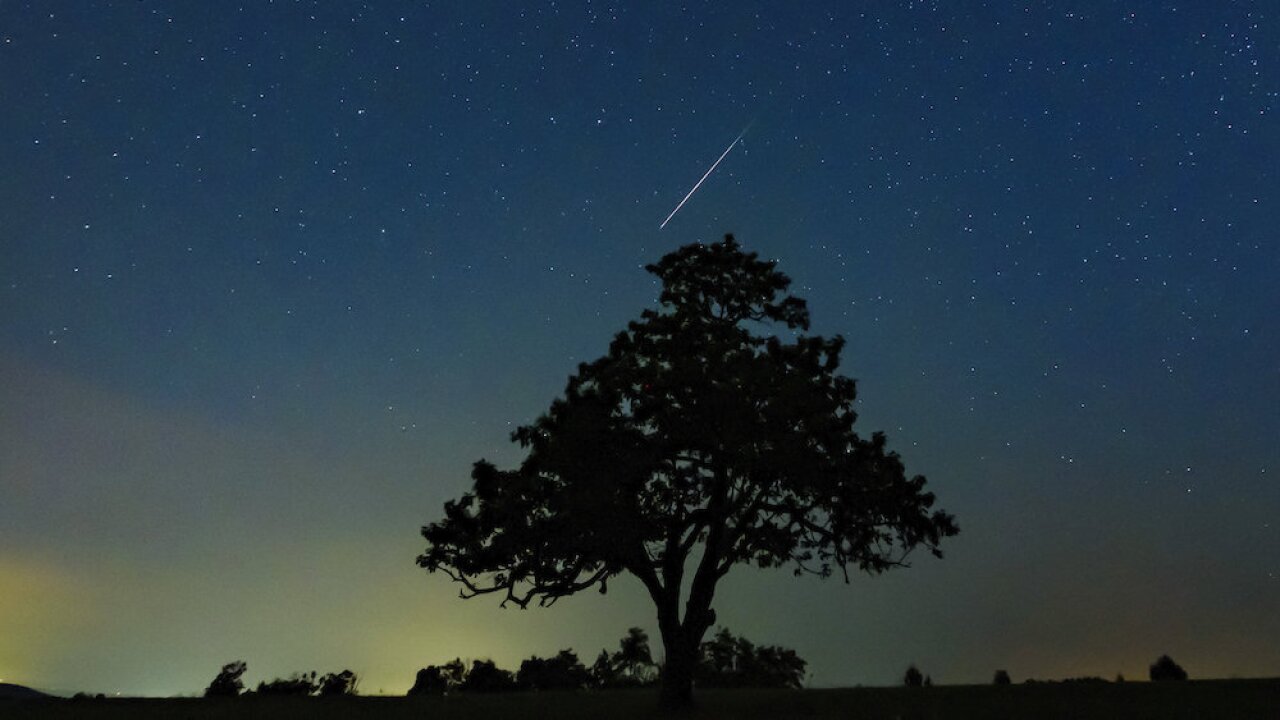 MTVA - Media Service Support and Asset Management Fund
Peter Komka/AP
A meteorite of the swarm of meteorites Perseida illuminate at the sky above Salgotarjan, Hungary, early Tuesday, Aug. 13, 2019. The Perseid meteor shower occurs every year in August when the Earth passes through debris and dust of the Swift-Tuttle comet. (Peter Komka/MTI via AP)

Comet NEOWISE may be on its way out, but that doesn't mean that the night sky's light show is set to end.

According to the American Meteor Society, two meteor showers are set to peak in the coming days, which could result in several fireballs that light up the sky.

One of those showers is the Southern Delta-Aquariids, which, according to NASA, are typically visible between July 12 and Aug. 23. But the agency reports that the system will peak in activity early Monday morning.

At its viewing peak — in the southern hemisphere on a clear dark night — the Southern Delta-Aquariids can produce up to 25 meteors an hour, NASA says. Unfortunately, Americans won't be able to see that many fireballs, but experts still say some may still be visible — especially for those with minimal light pollution and clear skies.

NASA says the Southern Delta-Aquariids will be most visible between moonset and first dawn on early Monday morning.

The American Meteor Society also reports that the Alpha Capricornids will also peak early next week. While the AMS notes that the shower isn't particularly strong (about five meteors an hour), the meteors it does produce are particularly bright and visible.

The AMS says the Alpha Capricornids will peak Tuesday night into Wednesday morning.

According to the Associated Press, Comet NEOWISE will be visible in the night sky through mid-August before it heads back out toward the outer solar system.