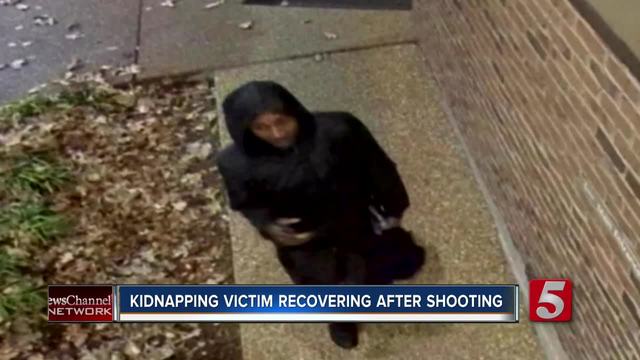 A local musician said it was a "still small voice" in her head that helped her escape from an armed kidnapper. 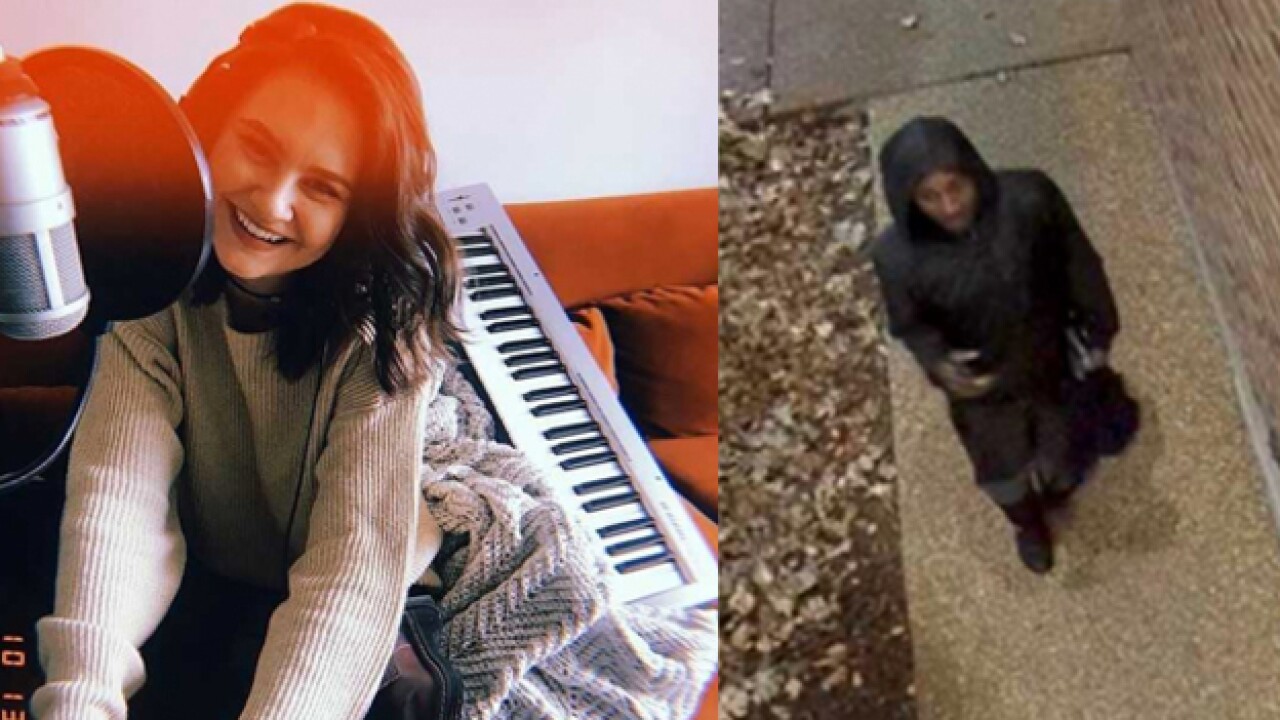 A local musician said it was a "still small voice" in her head that helped her escape from an armed kidnapper.

19-year-old Elina Odnoralov was shot in the hip as she ran away from a gunman who forced her to drive to a First Tennessee ATM on 30th Ave S near West End Avenue last Wednesday afternoon.

Elina, a local artist who goes by the name of Iolite, was released from the hospital that night and flew back home to Denver. She told her followers on Instagram that she is doing better

"The bullet actually went through and through and didn't hit any major organs or anything," she said in a video. "I'm going to be ok but I'm in a lot of pain, but I'm able to walk out which is amazing and the doctors say it's a miracle."

Elina had just finished babysitting in east Nashville when the gunman wearing a ski mask got into her passenger seat on Boscobel Street. He held the gun to her head and ordered her to unlock her Apple password.

In a blog post she wrote on Friday, she said, "After telling him I could not remember it, the man got very angry. The next thing I know, he put the gun to my head saying, 'maybe with force, you’ll remember it. If you don’t do what I say I will pull this trigger, I’ve killed before so ending your life would be easy for me'. I was in complete shock."

She was forced to drive to Wells Fargo in Midtown to withdraw money. She said the man claimed he was on a "mission" and needed $900 by 4 p.m.

When he was spooked by police officers nearby, she was forced to drive to a different ATM while the gun was held against her stomach. They eventually reached First Tennessee Bank.

"She parked far enough from the ATM where she was forced to walk out instead of being able to reach from the window. When she didn't have the money he wanted in her checking account, he told her to get back in the car and they started driving again," Elina's brother Yan told NewsChannel 5.

She convinced him to turn around so she could withdraw from her savings account instead. This time she trusted that small voice in her head.

"This time there WAS a still small voice telling me to park even further so that when I pulled up I could open the door and get my entire body out of the car to reach for the machine," she wrote in the blog post. " I wish I could explain every little thought in my brain exactly how it happened but I can’t. It’s like for a second I was not in control of my body. I pulled away and he pulled the trigger. I couldn’t hear anything except a loud ringing in my brain, I smelled a fired gun and my body felt absolutely nothing except for the man’s hand still gripped on my hoodie for what felt like the longest few seconds ever.

Elina escaped by ripping her sweater from his strong grip and received help from the bank tellers.

She and her family wanted to express their gratitude to the Nashville and Denver music community fro stepping up to help them.

The family set up at GoFundMe account with a $10,000 goal. They exceeded the goal in less than 24 hours.

"Just the amount of support she got from local artists in Nashville and Denver has just been so overwhelming for her. She's floored by how many people supported her," Yan added.

Officials with the Metro Nashville Police Department released a picture of the suspected gunman wearing a black hoodie near Vanderbilt University.

The gunman is described as a black man believed to be in his 20s who wore a black hooded jacket.  He is 5’7” tall and has a thin build.  Anyone who recognize him is asked to immediately contact Crime Stoppers at 615-742-7463.