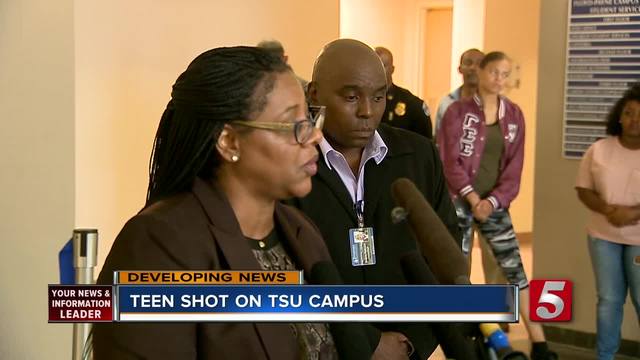 One person shot in parking lot of dorm just off the campus of Tennessee State University. Officials with the Nashville Fire Department said 19-year-old Larry Bates was shot in the chest. 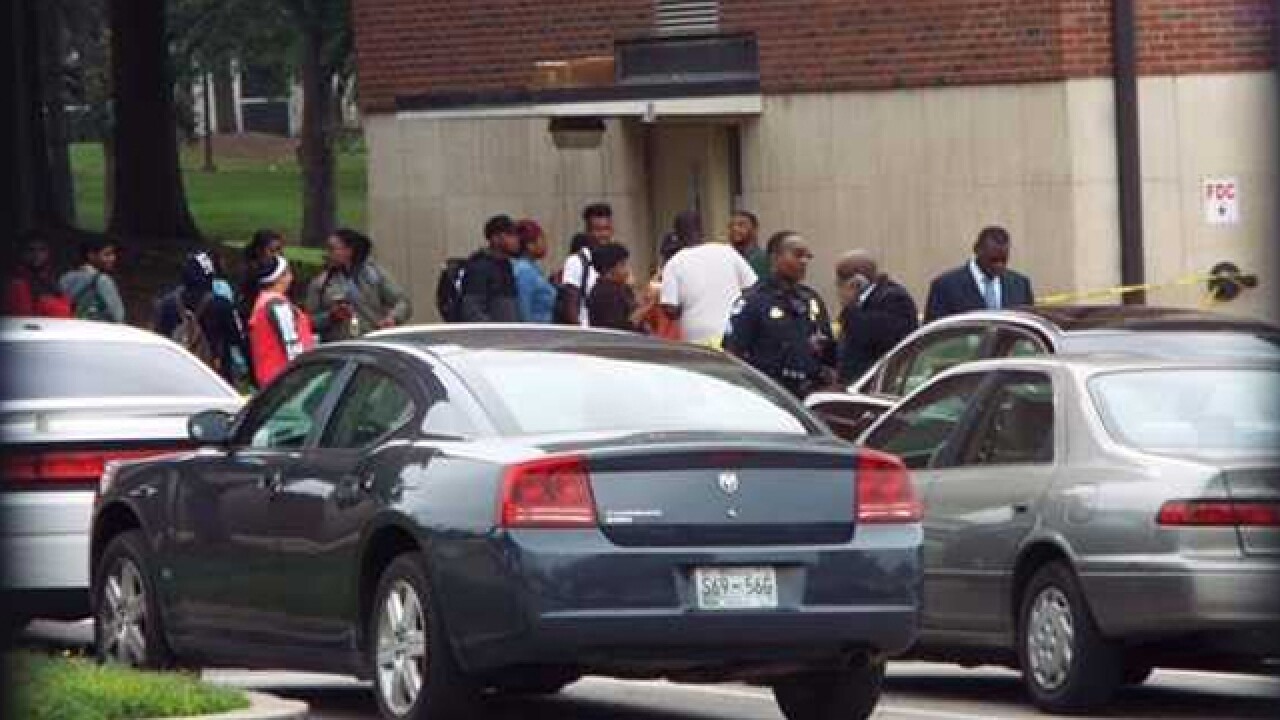 One person was shot in parking lot of dorm just off the campus of Tennessee State University.

Officers from Tennessee State University police responded to the incident between around 9:30 a.m. Tuesday.

The shooting happened in the parking lot for the Boyd Hall student residence building on Alameda Street.

Officials with the Nashville Fire Department said 19-year-old Larry Bates was shot in the chest. He was transported to Vanderbilt University Medical Center with serious injuries. Police said he was listed in very critical condition on Tuesday.

Bates was originally from the Chicago area. TSU officials said Bates was a student Spring 2017, but was not currently enrolled in the university.

Details about the circumstances leading to the shooting were not available. Police were on the scene gathering evidence.

Witnesses reported seeing Bates on the passenger side of a vehicle, speaking to someone inside. There was at least one person in the driver's seat, but it was not clear if more people were inside.

The suspect was not in custody. Metro Nashville Police Department spokesperson Don Aaron said they believed the conversation led to the gunfire. The suspect or suspects then drove off.

Campus was not placed on lockdown.

Metro Police and TSU police were both investigating.

Aaron said detectives would look through campus surveillance video to search for clues about what happened.

Police have asked anyone with information about the shooting or the identity of the suspect to call the Metro Police North Precinct at 615-862-7901, or call the TSU police department at 615-963-5171.