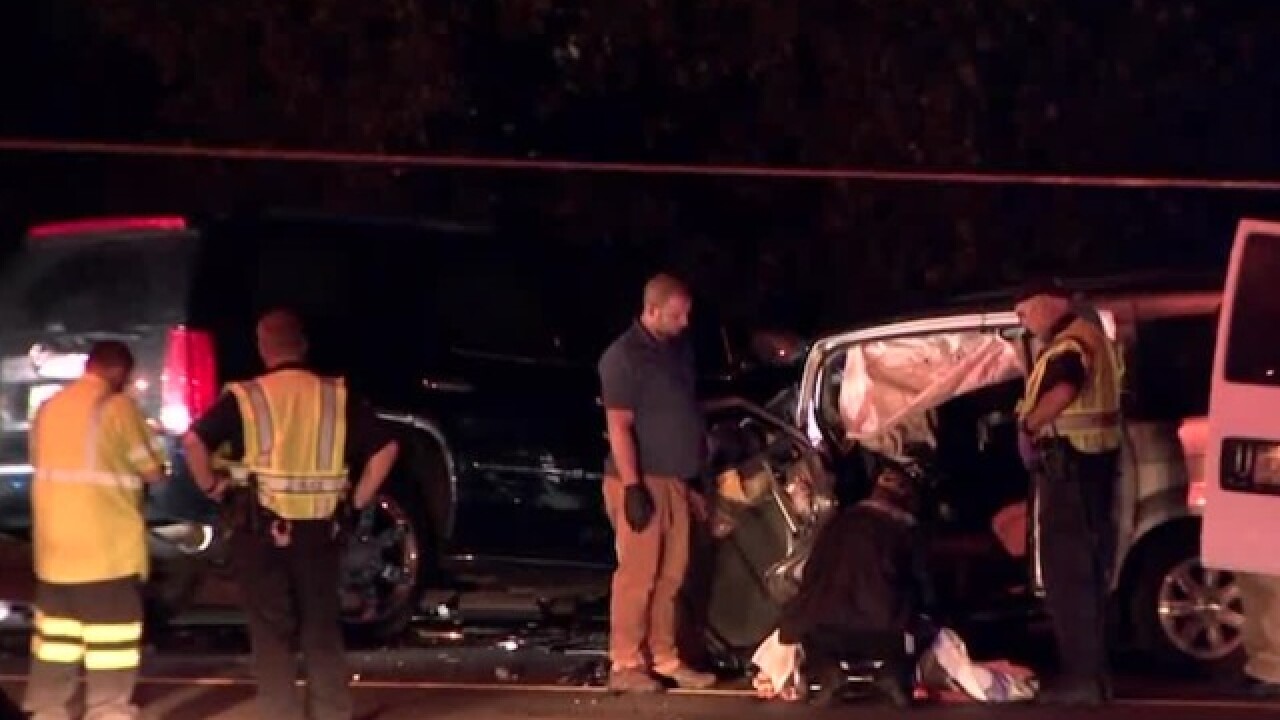 A woman was killed and one person was critically injured in a head-on crash.

Investigators said, for unknown reasons, the driver of a Cadillac Escalade went over the center line and hit a Honda Element head-on.

The woman driving the Honda died at the scene, according to police. She was later identified as 57-year-old Gilda York.

The other driver, identified as 27-year-old Catherine Pinhal, was taken to Skyline Medical Center with injuries described as non-life threatening.

Pinhal admitted to drinking alcohol and smoking marijuana earlier in the day and agreed to have a blood sample drawn. Toxicology testing will be conducted before possible charges can be placed.

Old Hickory Boulevard was shut down from 30th Street to 24th Street for several hours while investigators worked at the scene.

York was a guest several times at NewsChannel 5 on Talk of the Town, and she owned and operated Ambassadors and Social Graces by Gilda.