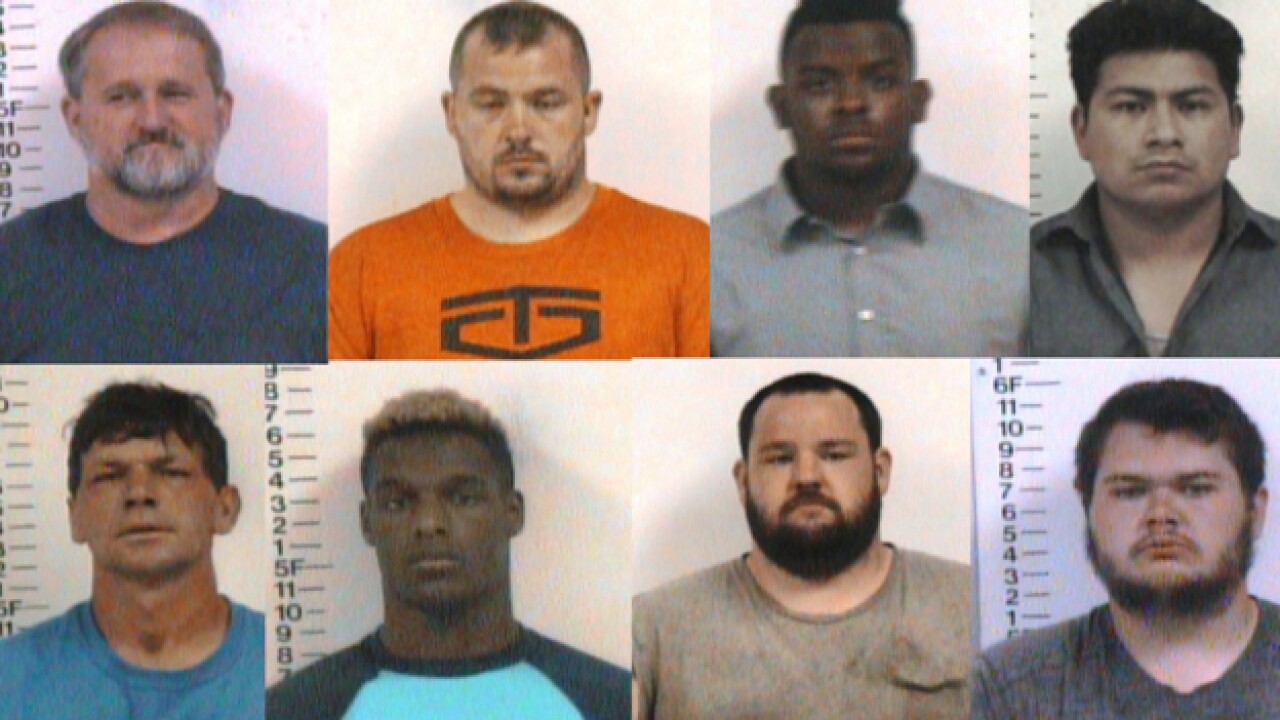 Agents with the Tennessee Bureau of Investigation arrested and indicted ten men allegedly involved in a a human trafficking ring in Putnam County.

For all three days of the operation, advertisements were placed in the “Women Seeking Men” section of backpage.com, and two female TBI Agents posted as individuals offering sex on that site. Agents identified themselves as being 14 to 17 years old in phone or text conversations.

A total of ten men, from college students, to a mail carrier, to a landscaping company owner, traveled to the location to meet for the purpose of illicit sex from a female they believed to be a minor.

“With each similar operation we conduct, we want to send the same message; that we will not tolerate the sexual exploitation of any person in our community,” says TBI Acting Director Jason Locke. “This is a demand-driven crime, involving men from all kinds of backgrounds. As a state, Tennessee has led the fight to see to it that no child or adult falls victim to these sexual predators.”

Click here to read the full TBI press release. The suspects' names and charges are listed below:

Officials with Tennessee Tech released the following statement on Kenty, who's reportedly a student there: