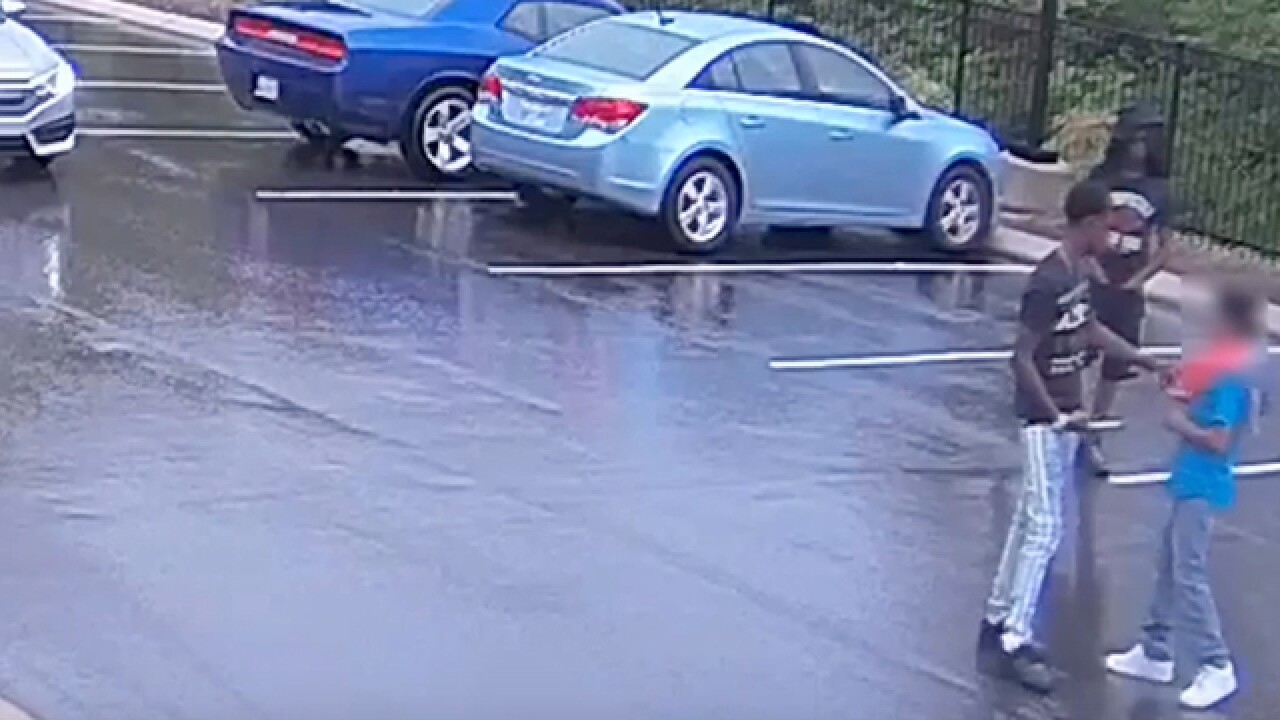 The identities of three young male suspects were arrested after they reportedly robbed a 10-year-old boy at gunpoint.

The crime happened Sunday in an apartment complex parking lot in the 5500 block of Scruggs Lane.

Authorities said the suspects drove by in a silver 2016 Honda Civic. The vehicle had been reported stolen earlier in the day.

They saw the child entering his mother’s SUV. Police said the boy had gone to get his jacket.

On Friday, a 13 and 14-year-old surrendered to police. The 14-year-old admitted to being the gunman who robbed the child of the keys to his mother’s SUV.

His 13-year-old accomplice acknowledged that he was also there and knew that the hold-up was going to occur.  They were both charged in Juvenile Court with aggravated robbery.

Detectives continued to work to identify the driver of the suspect vehicle, a 2016 Honda Civic that had been reported stolen earlier in the day on Sunday. The Honda and SUV have not been recovered.