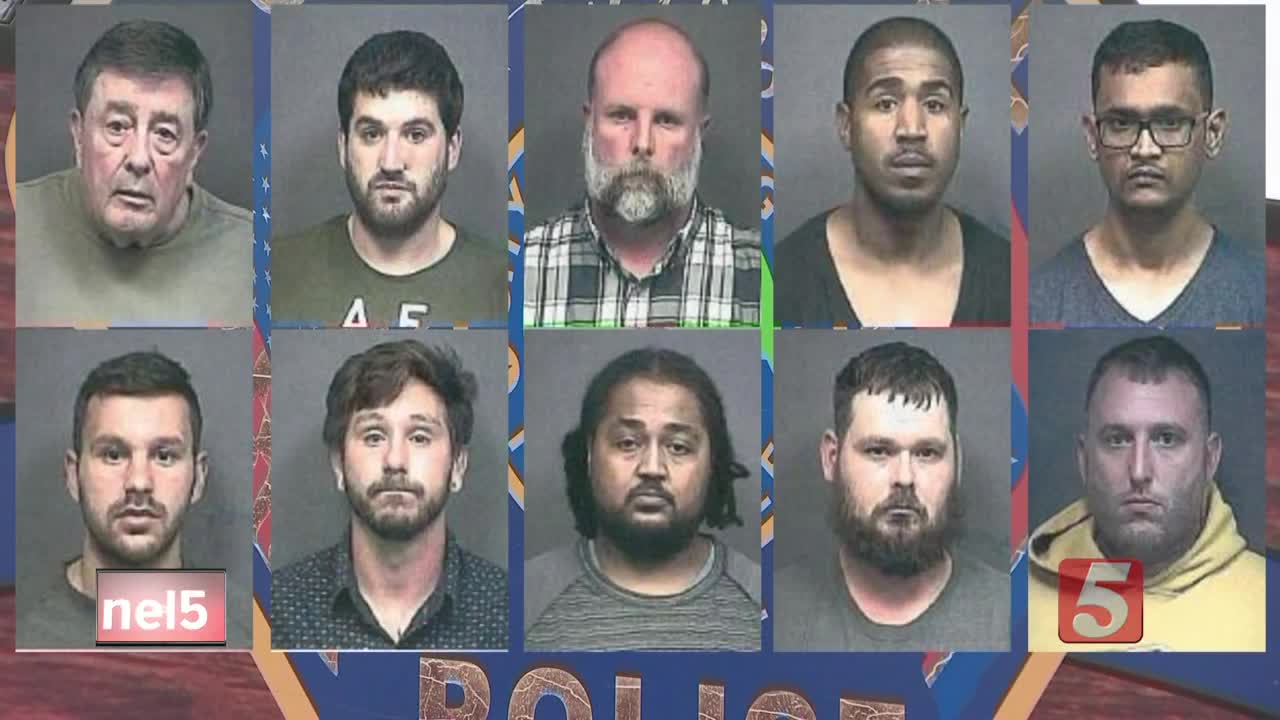 Eleven men were arrested as part of a two-day undercover human trafficking sting in Spring Hill.

SPRING HILL, Tenn. (WTVF) — The Spring Hill police took 11 men off the streets in a two-day sting operation to uncover prostitution and human trafficking. The sting was conducted between the Spring Hill Police Department, special agents with the Tennessee Bureau of Investigation and federal agents with Homeland Security and the FBI.

Law enforcement says this began on January 9, as part of an undercover investigation aimed at addressing human trafficking in Spring Hill.

"It wasn’t an issue that we have per say in our community, but we know it goes on everywhere and it’s not just here in Spring Hill it happens at jurisdictions throughout Middle Tennessee, throughout the State," said Lt. Justin Whitwell.

Authorities placed several decoy advertisements on websites known to be linked to prostitution. The focus of the operation was to identify individuals seeking to engage in commercial sex acts with minors and adults. As a result of the operation, detectives and Agents arrested 11 men and booked them into the Maury County Jail.

"It’s amazing that we got them off the streets, but we know there’s 11 more out there doing the same thing and we want to catch those 11 also," said Whitwell.

Newschannel 5 did receive the arrest warrants for two of the suspects, Ahmeti Mentor and Adam Weber. The warrants say the man paid the undercover officers posing as minors $120 and $140 to engage in sexual activity both acknowledging they wanted to sleep with someone under age.

Whitwell says all the suspects were from out of town and many are not first time offenders.

"We are looking out for ever body, we want to put it out there that Spring Hill Police department isn’t just going to sit by and wait for it to be predominant in our area," Whitwell said.

Information about human trafficking and TBI’s efforts to address this type of crime can be found online at www.ITHasToStop.com.

The following men were arrested and booked into the Maury County Jail: