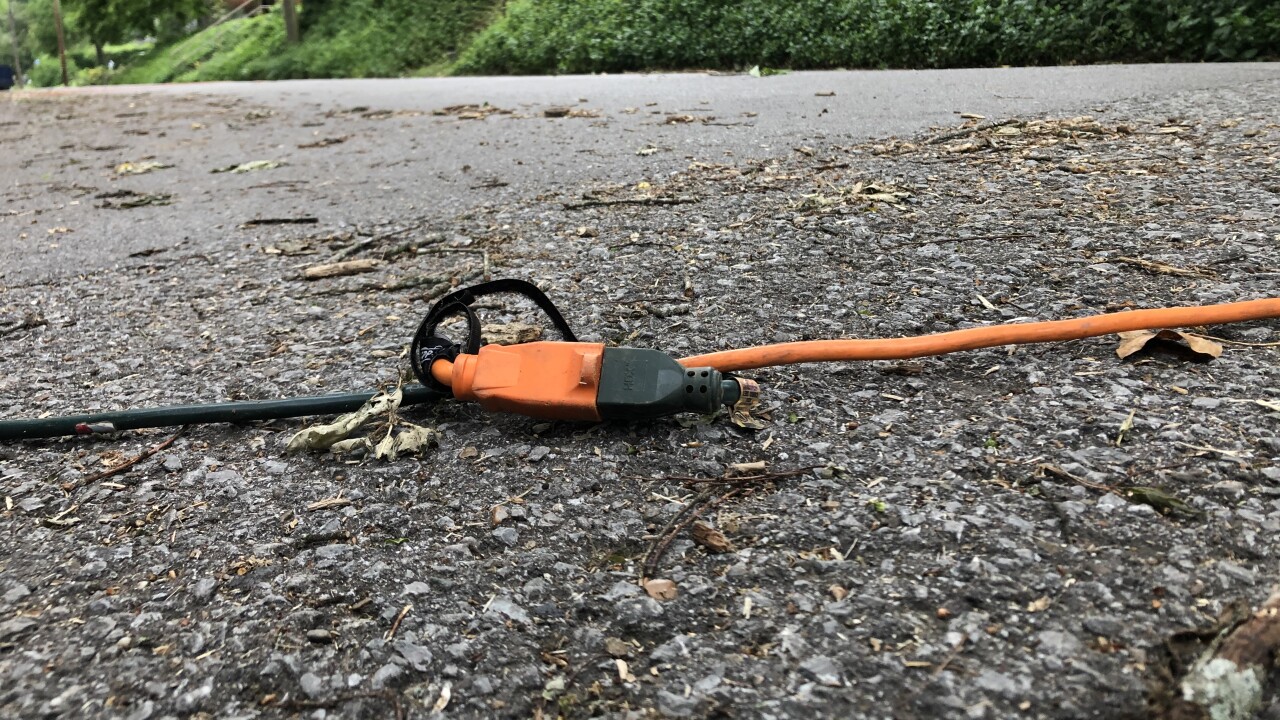 NASHVILLE, Tenn. (WTVF) — While thousands of people wait for their power to be fully restored after the strong storms on Sunday, neighbors in a 12 South community are extending their help to one another.

Hollis Calhoun is one of many residents along the south side of Cedar Lane who had their power knocked out. Like most, she worried about the supply of food as the time to get electricity back lasted longer than expected.

"I didn't think it would go on this long. We thought it would be just a night and be back ready to go the next day but here we are several days later," Calhoun told NewsChannel 5.

However, her worries would quickly subside when her neighbors on the other side of the street, all of whom had power, began offering assistance by extending their electric chords across the street for homeowners with no electricity. It was an idea that first started with a different homeowner on Ferguson Avenue.

"We just feel so fortunate that we're in this community on this block with these neighbors who are willing to extend their power to us from their front porches to our house to keep at least our fridges going," Calhoun said. "Once it started it kept going and now this whole side of the street is being powered by the other side of the street."

Calhoun's neighbor Sheila Gaffney is the one providing power to the family after seeing what her neighbors were doing. Gaffney said the neighborhood is already tight-knit, and her gesture was the least she could for Calhoun who offered to get her groceries amid COVID-19.

"I'm one of the designated grandmas of the area, I think," Gaffney jokingly said. "All of our neighbors know each other and help each other out."

The storms caused 131,000 power outages, one of the largest outages on record, according to Nashville Electric Service. NES has been working around the clock with the help of crews from Ohio, Virginia and Kentucky.

As of Wednesday morning, about 27,000 NES customers remain without power.