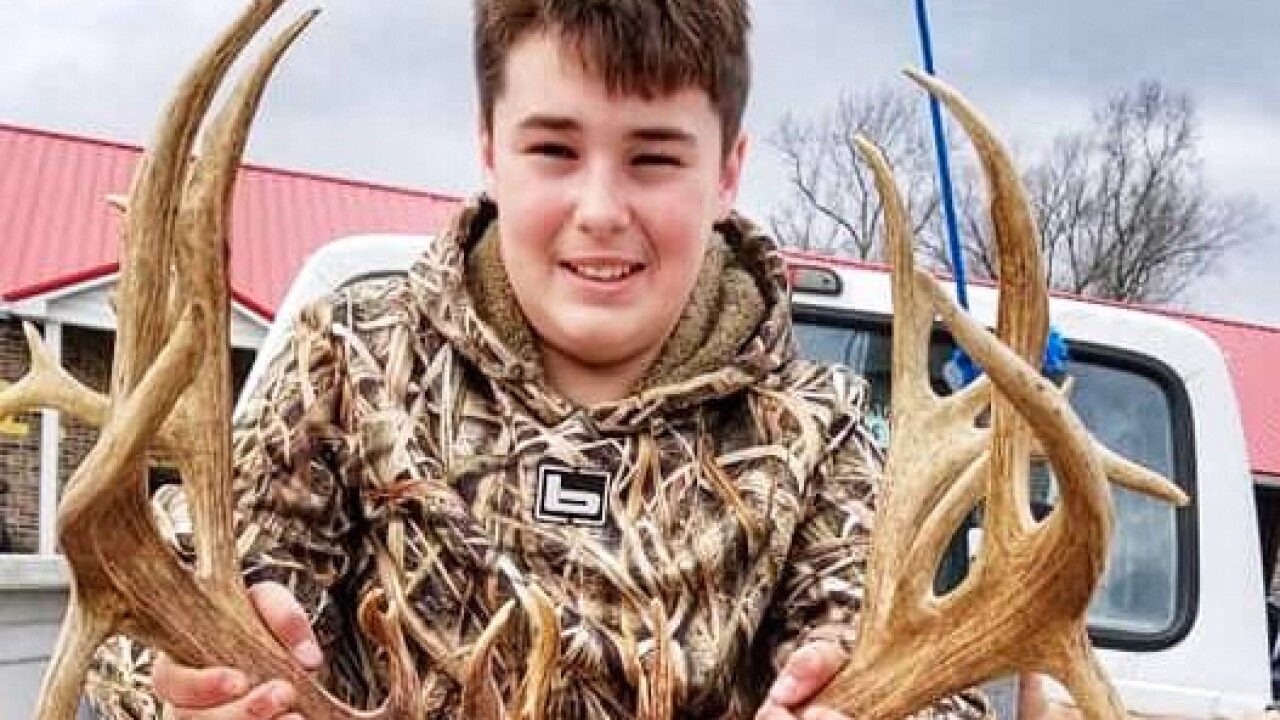 CAMDEN, Tenn. (WTVF) — A 13-year-old has gone viral after nabbing a massive buck in Benton County.

The Tennessee Wildlife Resources Agency posted a photo of Bo Ezell back in December and since then, it’s been shared more than 3,000 times.

Bo says he woke up that morning to go squirrel hunting but couldn’t find his dog. A little later, a friend called and asked if “he wanted to come shoot a buck that she just saw behind her house.”

He thought he would be hunting for a relatively small buck but when he got to his friend’s house, he realized the sheer size of the animal – a massive, 27-point buck.

Bo told the TWRA that it was a “crazy hunt.”