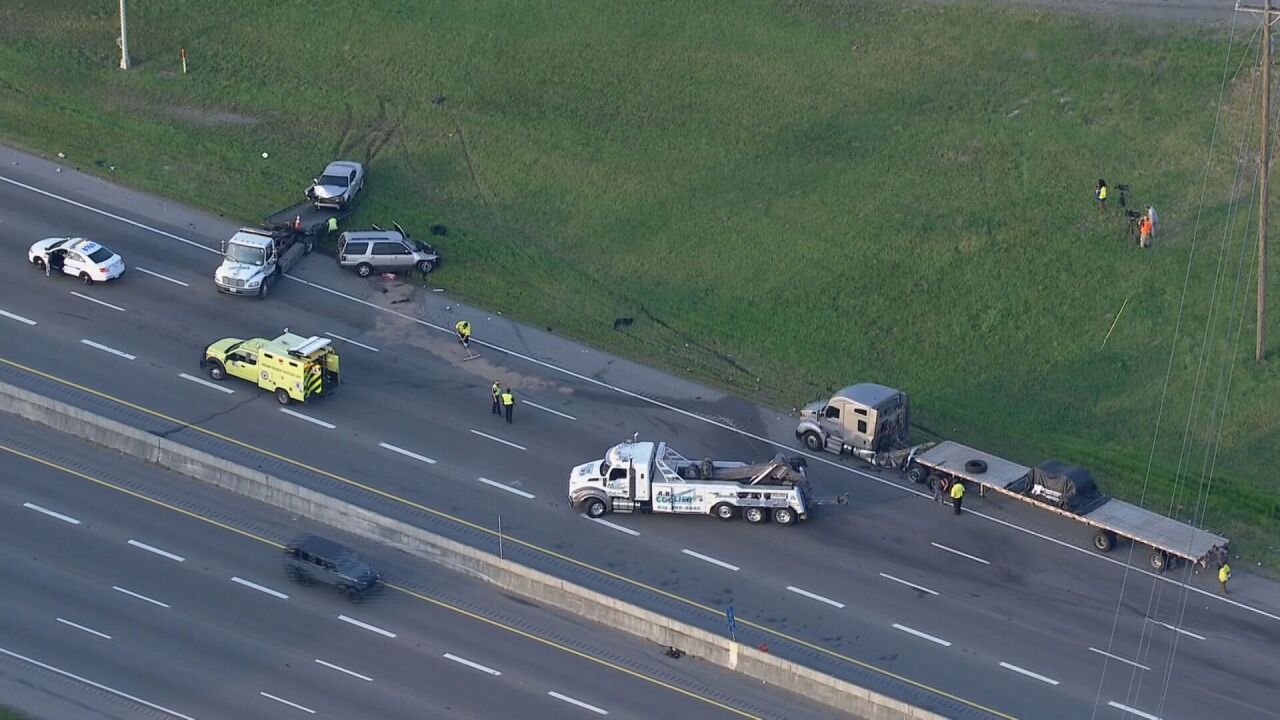 NASHVILLE, Tenn. (WTVF) — A 14-year-old has been taken to an area hospital after a three-vehicle crash on Interstate 24.

The crash happened around 4:30 a.m. Thursday near Old Hickory Boulevard. The cause of the crash remains unclear. Metro police said a car, SUV and a tractor trailer were involved in the wreck.

Eastbound lanes were closed for most of the morning but have since reopened.