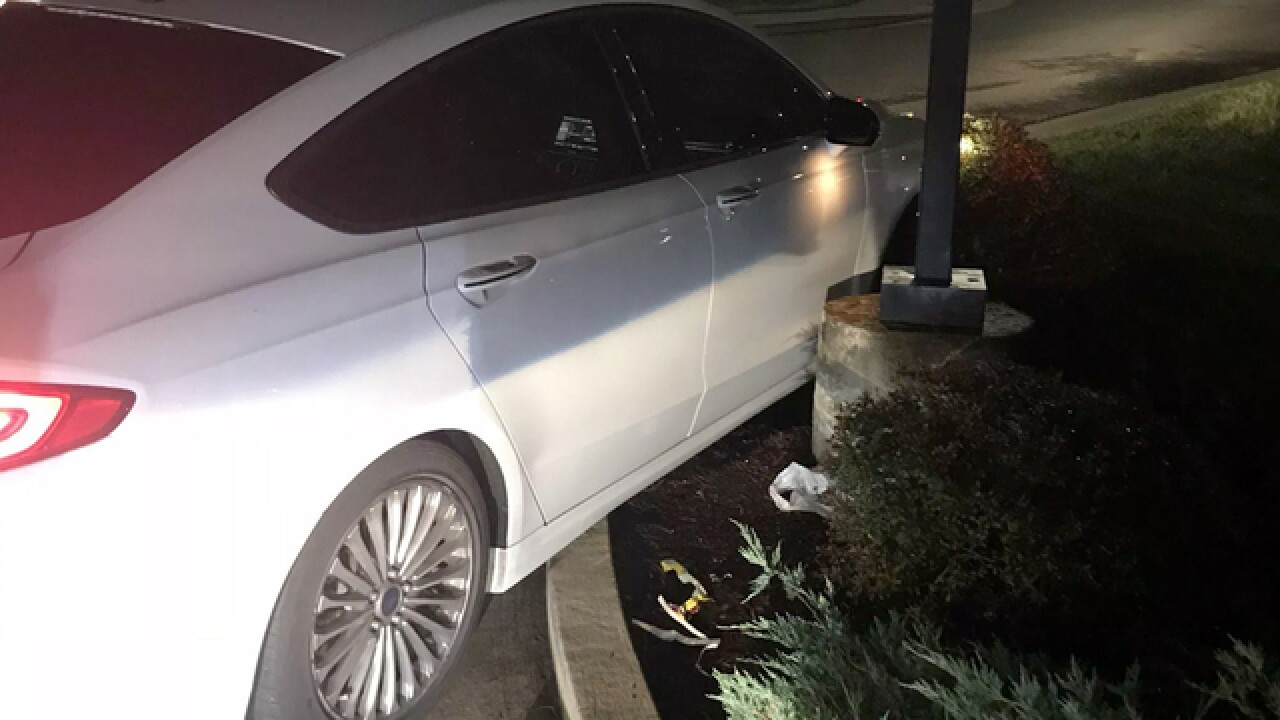 A 15-year-old has been arrested after he was found in a stolen car in Hermitage.

Authorities said the car was stolen around 8 p.m. on Lebanon Road near Central Pike in Hermitage.

Officials said the car was unlocked and running. The owner contacted police and used GPS to track the 2014 Ford Fusion to the Mapco on South Mt. Juliet Road near Interstate 40 in Mt. Juliet.

Authorities said they attempted to stop the vehicle, which was when it became stuck on a curb.

Two suspects ran from the car, and one of them, the 15-year-old driver, was taken into custody.

The passenger has not been captured. He was last seen wearing a black shirt and plaid cargo shorts.

The 15-year-old was taken to Wilson County Youth Services.