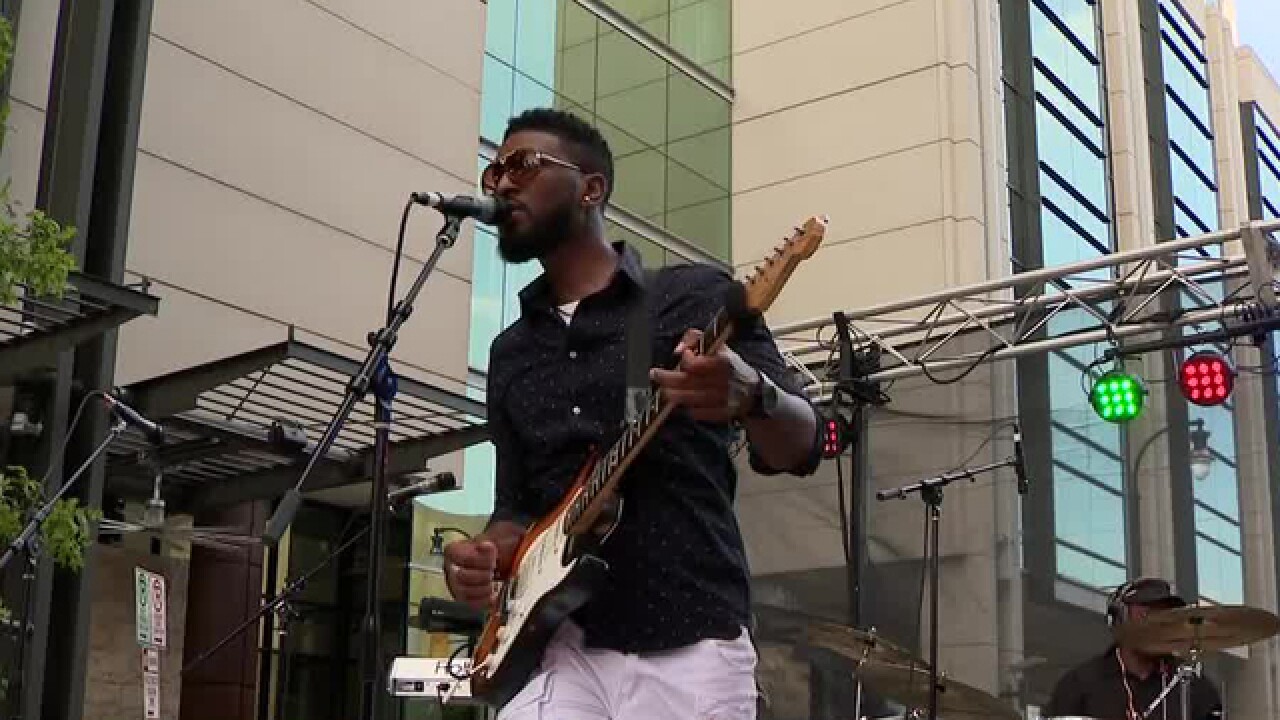 The 17th annual Jefferson Street Jazz and Blues Festival kicked off with live music in the middle of downtown Nashville.

The Bridging the Gap mixer took place on 5th Avenue North in front of the Omni Hotel. The street was shut down for live music, food, and drinks.

Hurt said the event was about preserving and celebrating the area’s rich musical history.

“Jefferson Street is the music district where it all took place,” said Hurt. “Little Richard, Ike and Tina Turner, Aretha Franklin, Ray Charles, and everyone knows about Jimi Hendrix.”

The area was once filled with clubs that were frequented by big name acts who helped shape Music City’s history.

“My dad cut his chops on Jefferson Street with Little Richard and all those guys,” said Wendell Bizz Bigsby, a musician who headlined the Bridging the Gap mixer. “I got to hear stories about when Jimi Hendrix walked up and down the street and tried to find a place to sleep.”

In an area that has seen an influx of new homes, condos, and residents, organizers said sharing the story of the neighborhood’s past is more important than ever.

“I want my grandchildren to know where this started and where Music City started,” added Bigsby.

The event was set to benefit JUMP, a community group that has helped preserve and protect the neighborhood.

The Jefferson Street Jazz and Blues Festival continued on Saturday with a free children’s pavilion from noon until 3 p.m. Gates opened at the main festival at Bicentennial Mall State Park at 2 p.m. and music began at 4 p.m. and continued until 10 p.m. Tickets were $25 at the gate. Headliners included Rose Royce and Shirley Murdock.