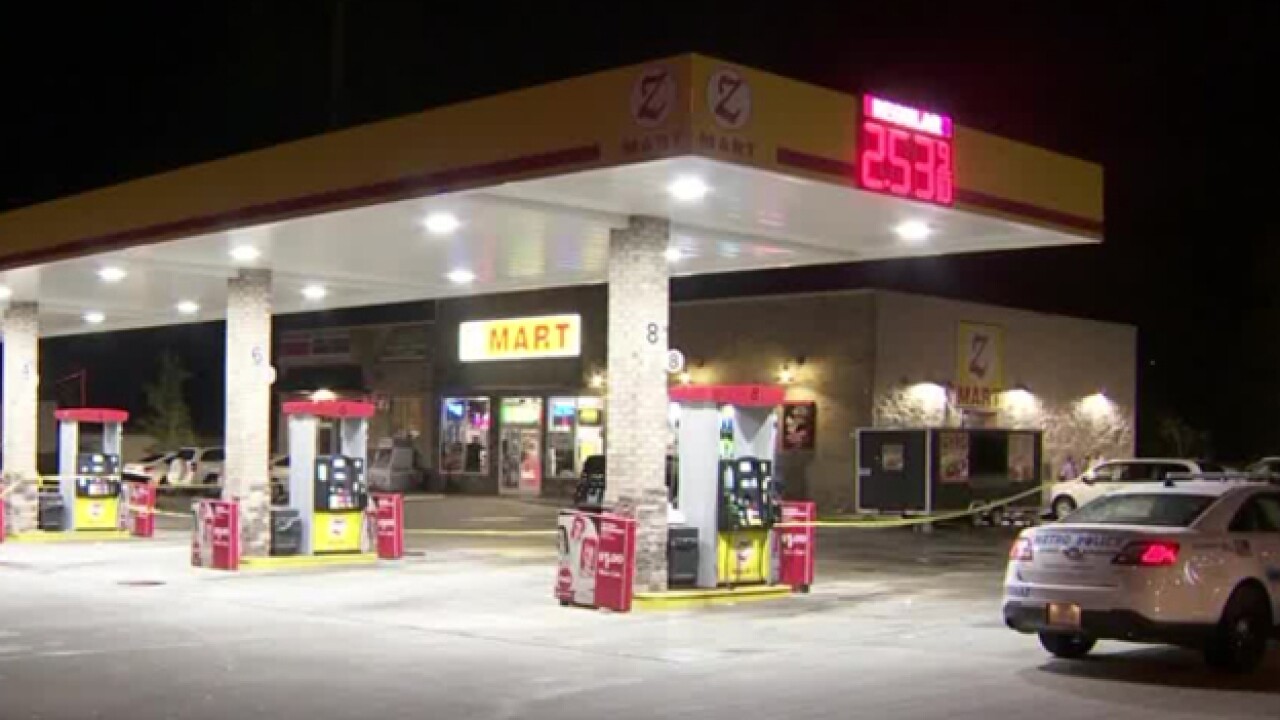 Two people were taken to the hospital after a shooting Friday night in North Nashville.

The shooting was reported around 8:30 p.m. at the Z-Mart in the 2600 block of Clarksville Pike.

Officials with the Metro Nashville Police Department said a man and woman got into a fight at the gas station, and that reportedly led to the man pulling out a gun and shooting the woman.

Police said a person who was driving by at the time was also shot.

Authorities said both victims had non-life threatening injuries. The suspect got away from the scene in a dark-colored vehicle.