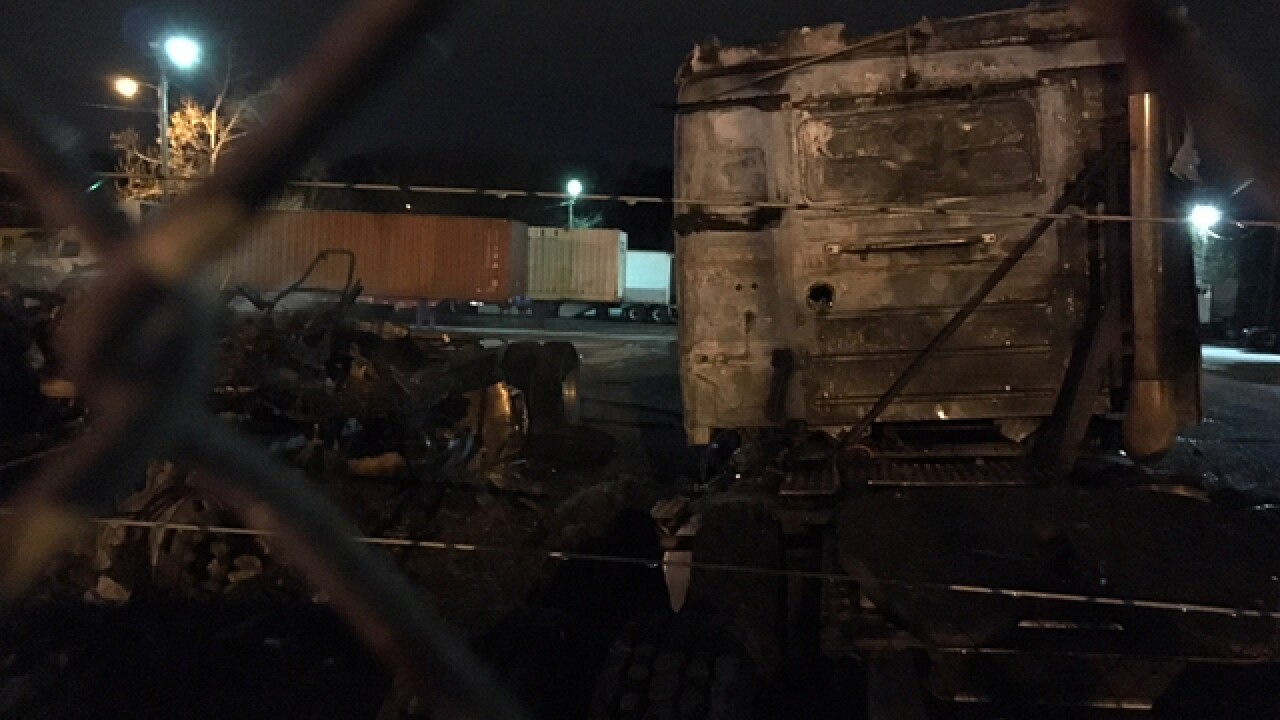 No one was hurt overnight after two semis caught fire at a Nashville trucking company.

The incident was reported around 5 a.m. Tuesday at W.W. Rowland Trucking off Lebanon Pike near Spence Lane.

The driver said he was heading out to Memphis when he tried warming up his truck. However, the vehicle wouldn’t start.

He went inside for a cup of coffee and came back out to find two trucks on fire.

He tried using a hose to put out the flames but fire crews were eventually called to the scene.

Officials on scene don’t believe the fire was suspicious.