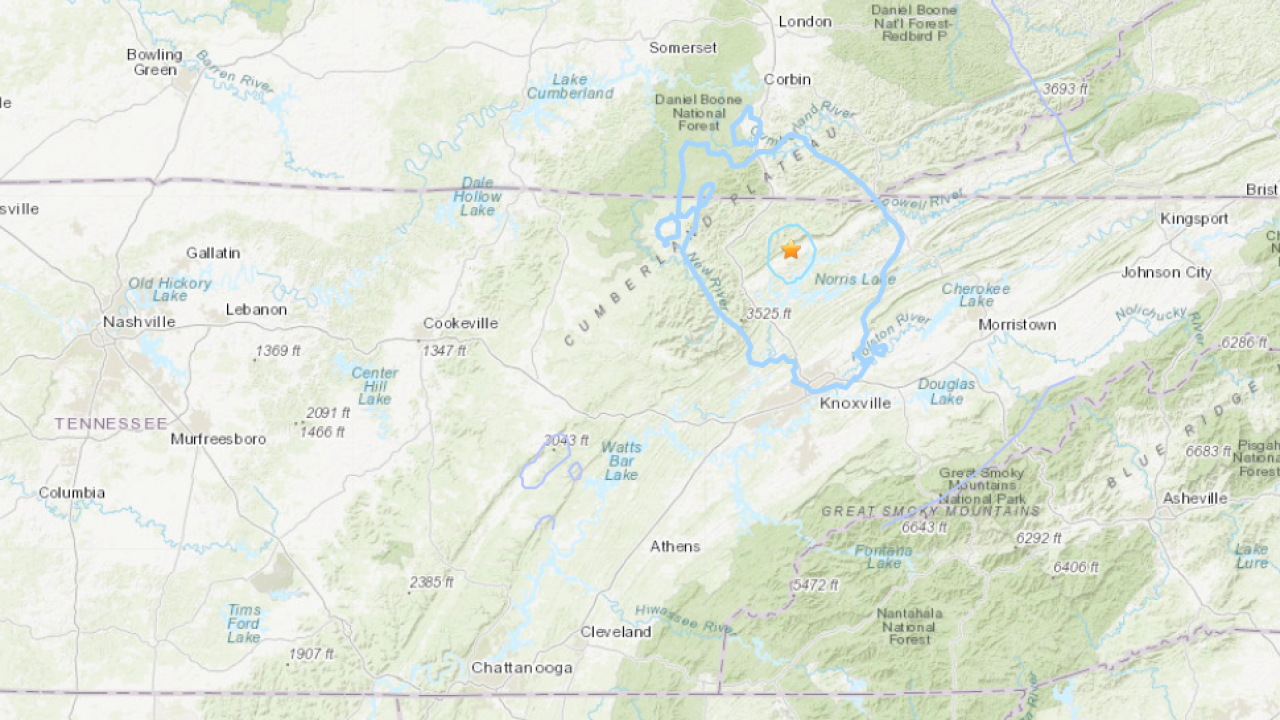 The United States Geological Survey said the earthquake was recorded near Fincastle in Campbell County at 1:12 p.m. CST. The preliminary depth was measured at 35.4 kilometers, which is considered a shallow earthquake by USGA.

Local CBS affiliate WVLT said Knoxville, which is about 44 miles from Fincastle, does not sit on a traditional plate boundary, so earthquakes in that area are "weaker," but some people can still feel the ground shaking if the magnitude is 2.5 or higher.

The earthquake was felt around East Tennessee and southern Kentucky. It was the second earthquake to hit the area in two days. On Sunday, USGA reported a 2.8 earthquake in the area.