3 arrested in Nashville after cross-county pursuit ends in crash 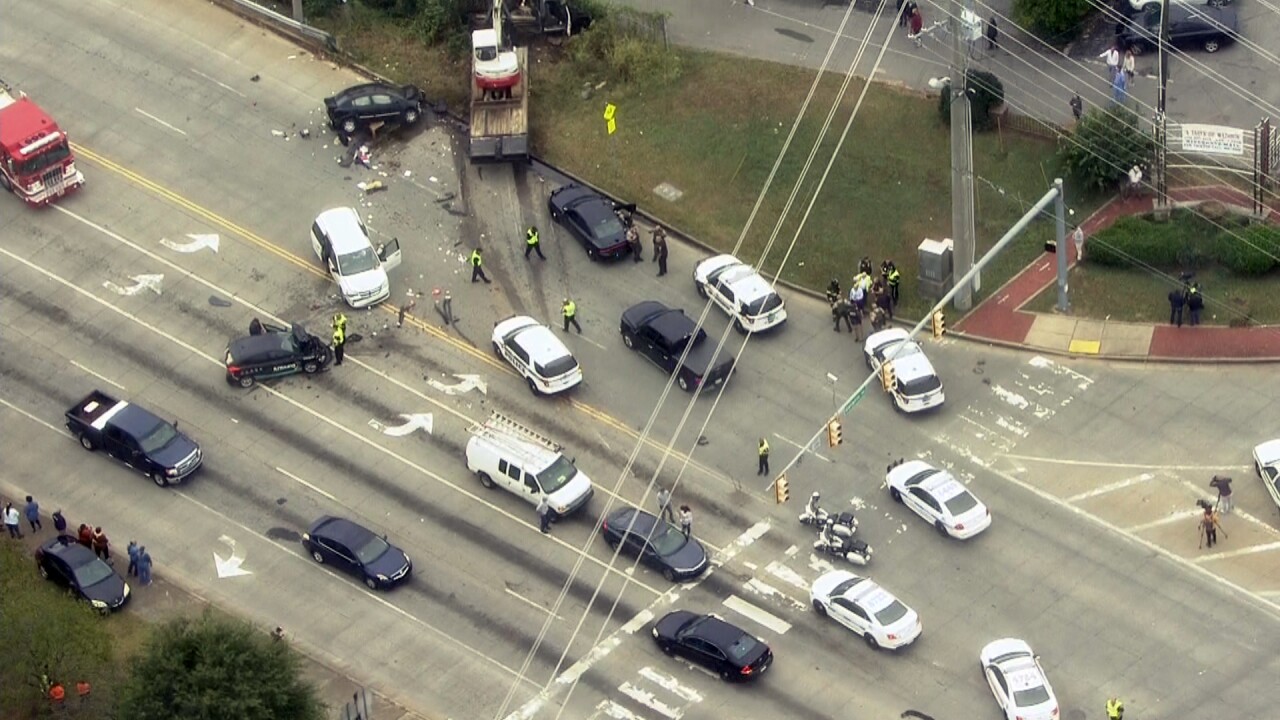 The incident began Tuesday morning in Cheatham County. Deputies were investigating a theft of construction equipment when they saw a truck carrying a tractor trailer that had been stolen.

They tried to stop the truck but the driver kept going, prompting the chase.

At one point, the driver rammed into cruisers belonging to a Cheatham County Sheriff's deputy and a Davidson County investigator. Both had minor injuries and were taken to local hospitals for treatment.

The driver crashed and police took them into custody. One of them had to be treated for injuries.

Sky 5 flew over the scene and showed multiple vehicles involved in the crash.

All three suspects are facing attempted aggravated assault, along with other charges in both Cheatham and Davidson counties.