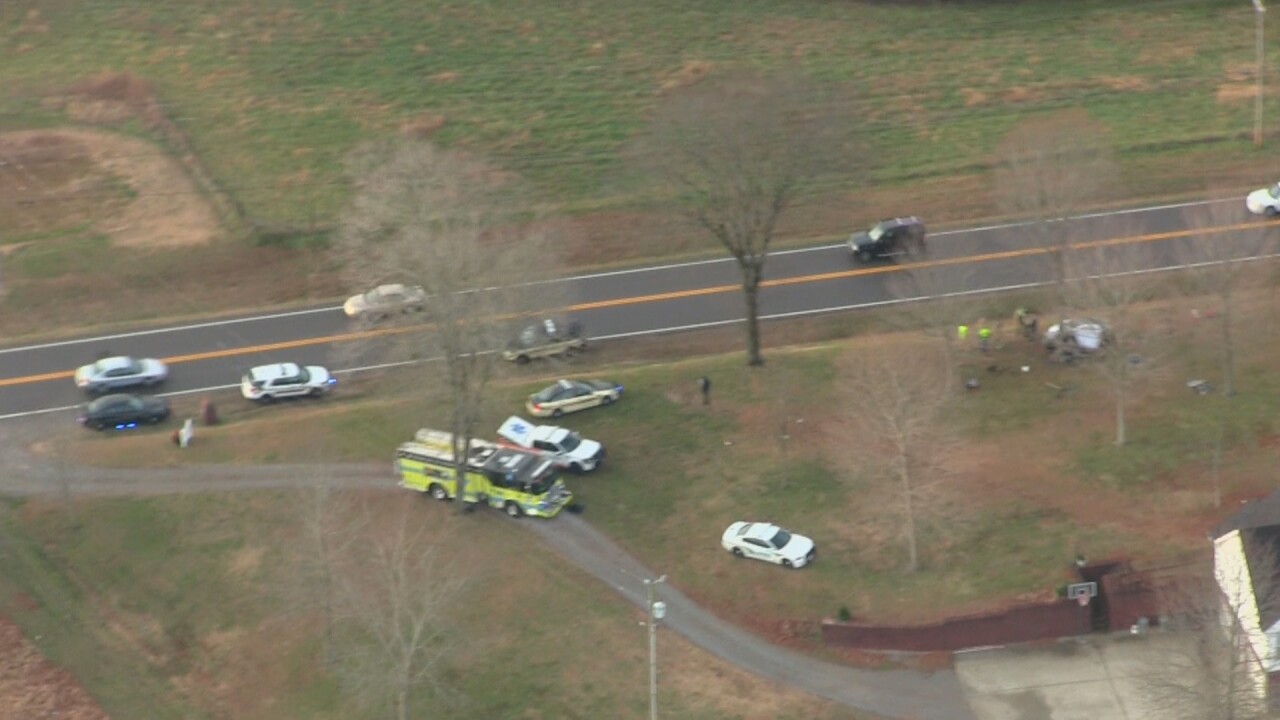 ASHLAND CITY, Tenn. (WTVF) — Three people have been killed in a crash in Cheatham County.

The incident happened in the 2000 block of Highway 12 near Gayle Lane and Gibbs Road.

Sheriff Mike Breedlove said three people were killed in the single-car crash. He added that speed was a factor.

According to the crash report, the Nissan ASR left the roadway and traveled off an embankment, eventually hitting a tree.