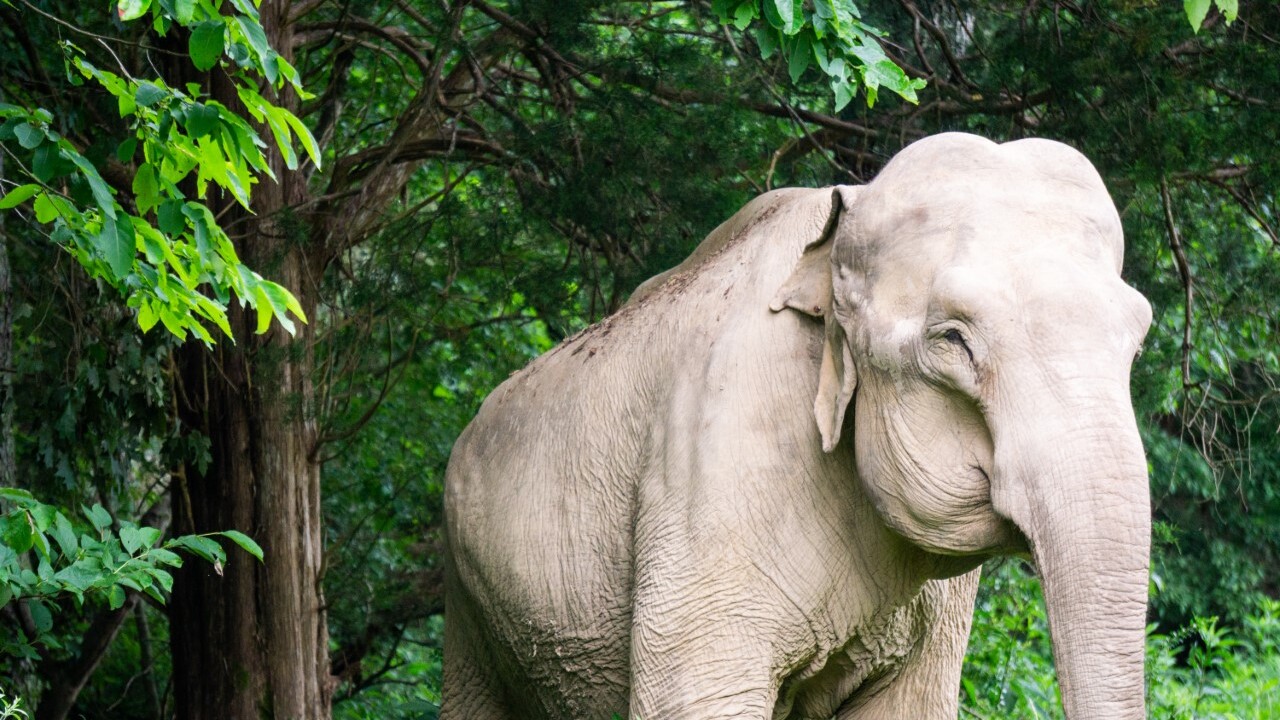 The Elephant Sanctuary in Tennessee

Shirley has lived well beyond the life span of a captive Asian elephant and defies the odds as being one of the oldest elephants in the sanctuary as well.

Born in Sumatra in 1948, Shirley was captured from the wild and sold to a circus, where she performed in front of audiences for more than 20 years.

Shirley’s caregivers surprised her with a strawberry-topped vegan cake, watermelon wedges, rice paper balloons and banana leaves. They also made her a birthday banner with natural tempera paint and gave her hay bales, bamboo and her favorite-bananas! Shirley devoured her cake in one bite and saved some icing on her trunk for later. Shirley also tossed the hay bales in the air and on her back to celebrate to special day.