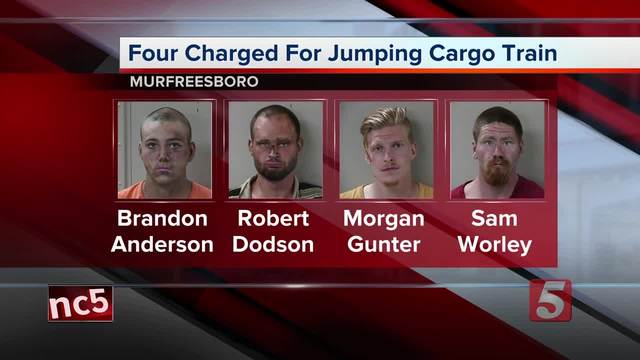 Four men were arrested for riding a cargo train from Nashville to Murfreesboro. 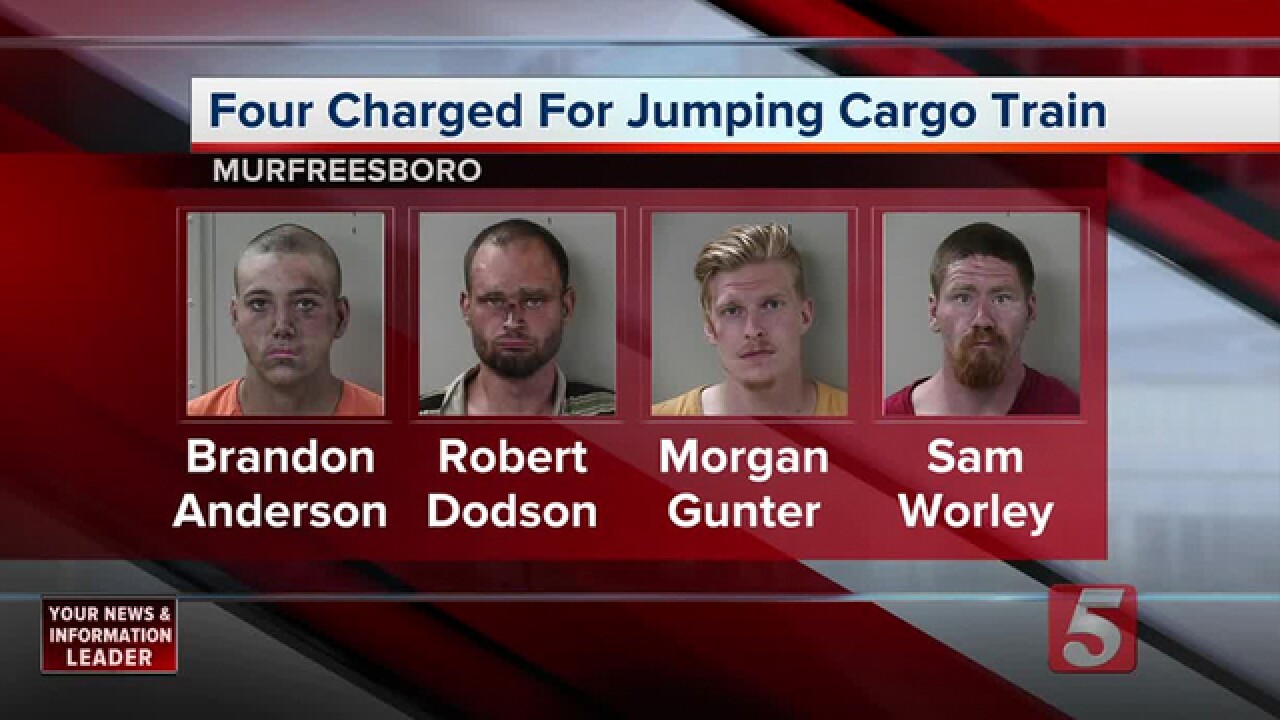 Four men were arrested for riding a cargo train from Nashville to Murfreesboro.

The train was loaded down with coal at the time. The engineer apparently spotted them in one of the cars and called police.

When officers approached them, they jumped from the moving train between another moving train. None of them were hurt.

At least three of the suspects were found covered in coal dust. They were charged with criminal trespass.