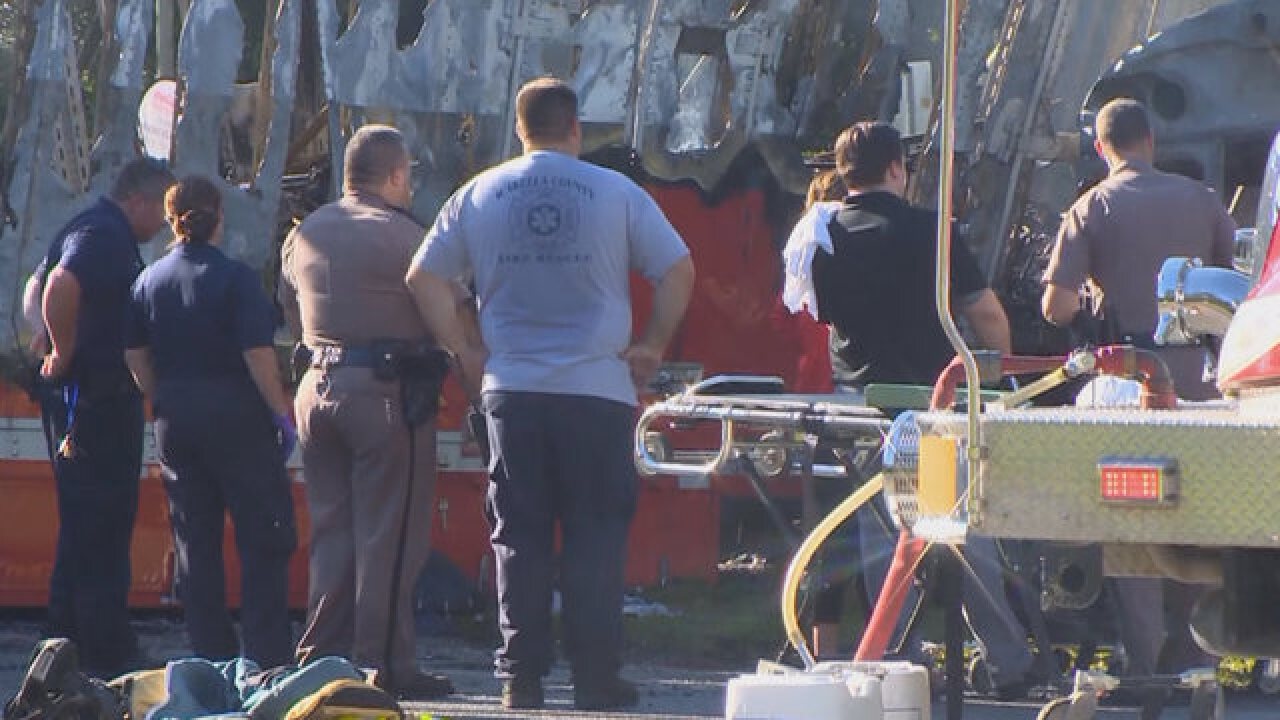 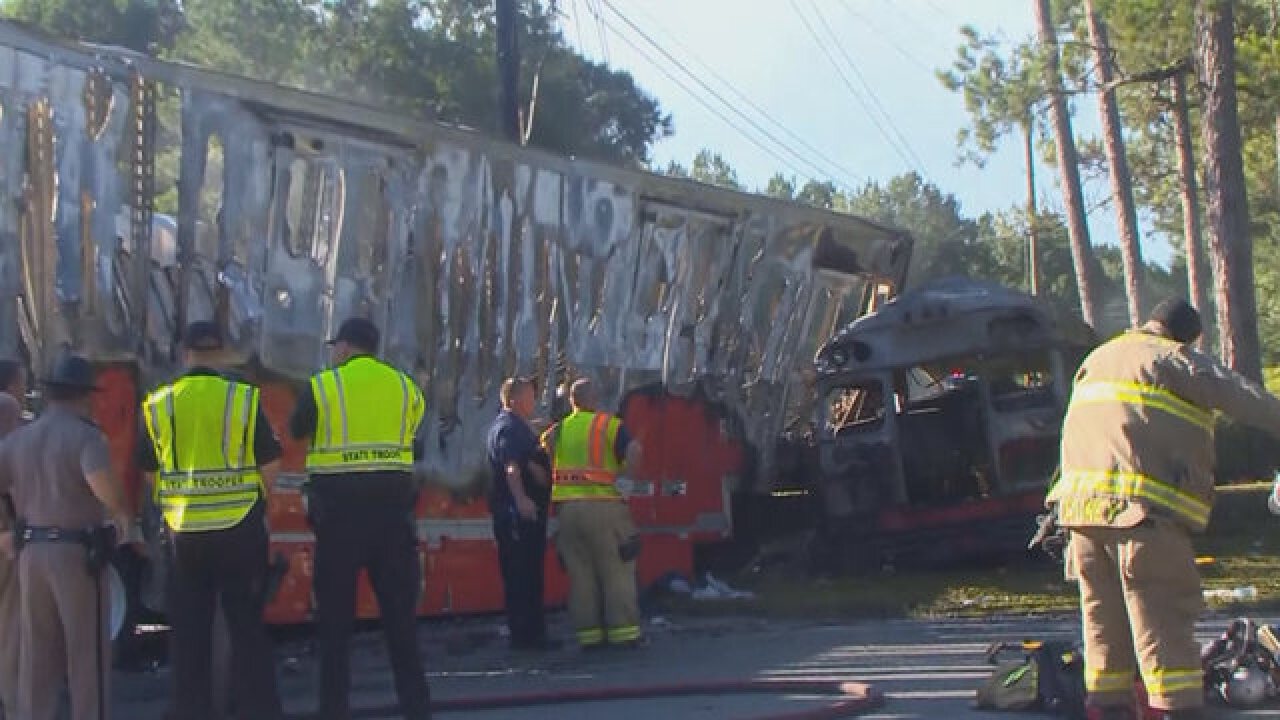 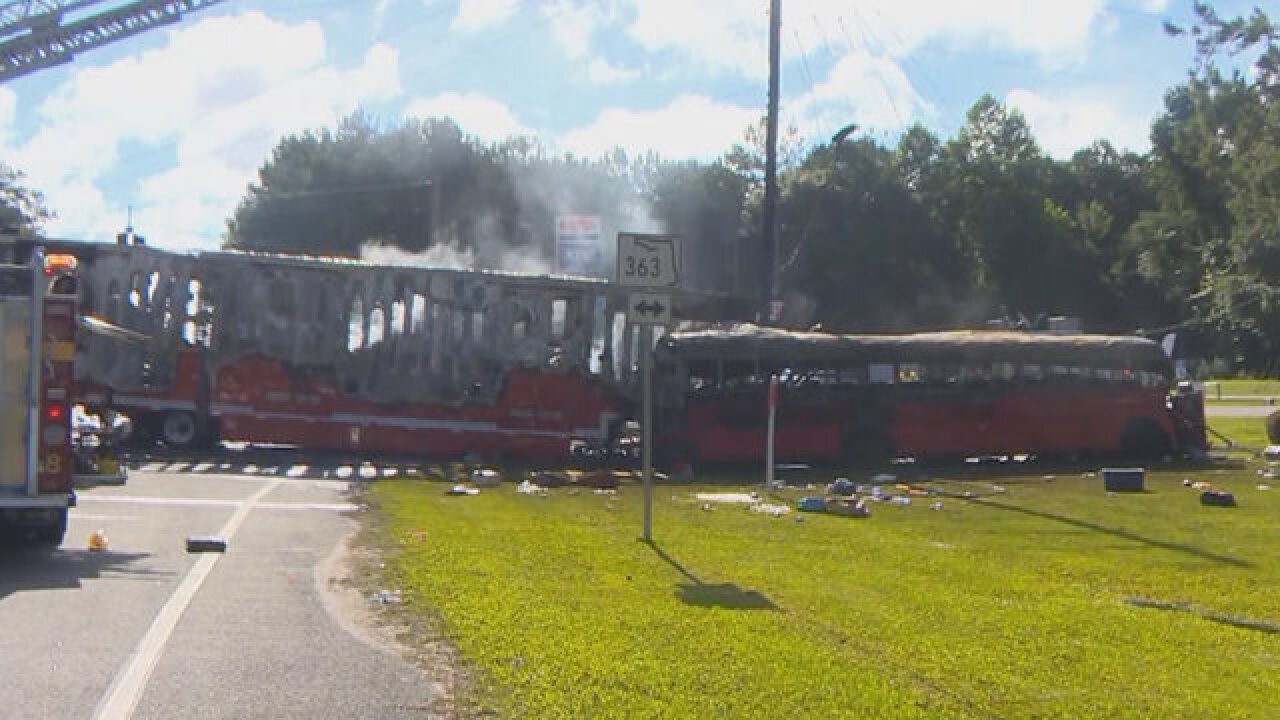 The Florida Highway Patrol said four people were killed and 24 were injured when a bus and tractor trailer collided on a highway in the Panhandle.

Florida Highway Patrol Captain Jeffrey Bissainthe said the bus was carrying between 30 and 35 passengers and was from Georgia. No other details on the passengers were released.

Bissainthe told reporters officials were still in the process of contacting family members and that investigators were on scene.

Trey Morrison of the Wakulla County Sheriff's Office said a bus failed to stop at a red light and crashed into a tractor trailer on Woodville Highway early Saturday morning. The bus apparently caught fire.

Copyright 2016 The Associated Press. All rights reserved. This material may not be published, broadcast, rewritten or redistributed.