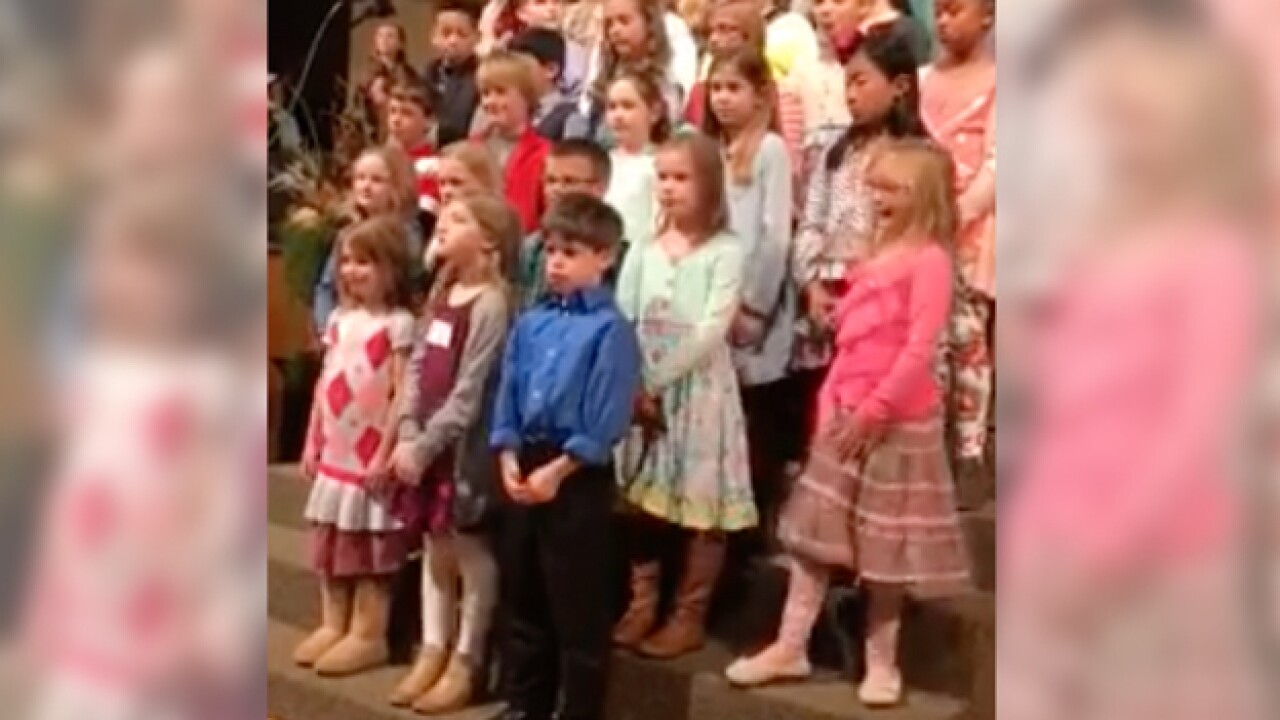 A joyful 6-year-old has stolen the internet's heart with her church choir performance.

Jennifer and Mike Patterson said their daughter, Loren, is always singing around the house, but a video of her choir performance at First Baptist Dickson has put her voice and dance moves in the spotlight.

Loren was on stage with the adult choir, youth choir and her fellow children's choir. However, when the song started so did Loren's feet.

Jennifer said she and the soloist, Chris Mattox, had no idea she was stealing the show, since the children were standing in front of the adult choir.

It wasn't until after the church service that they saw Loren's joyful worship.

Jennifer said she and her husband have been shocked by the response online. As of Thursday night, the video had been viewed nearly nine million times.

She said Loren was thrilled "that people are getting to hear about Jesus this way."

Loren became a Christian in the beginning of October, and her mom said she is not afraid to tell people about Jesus.