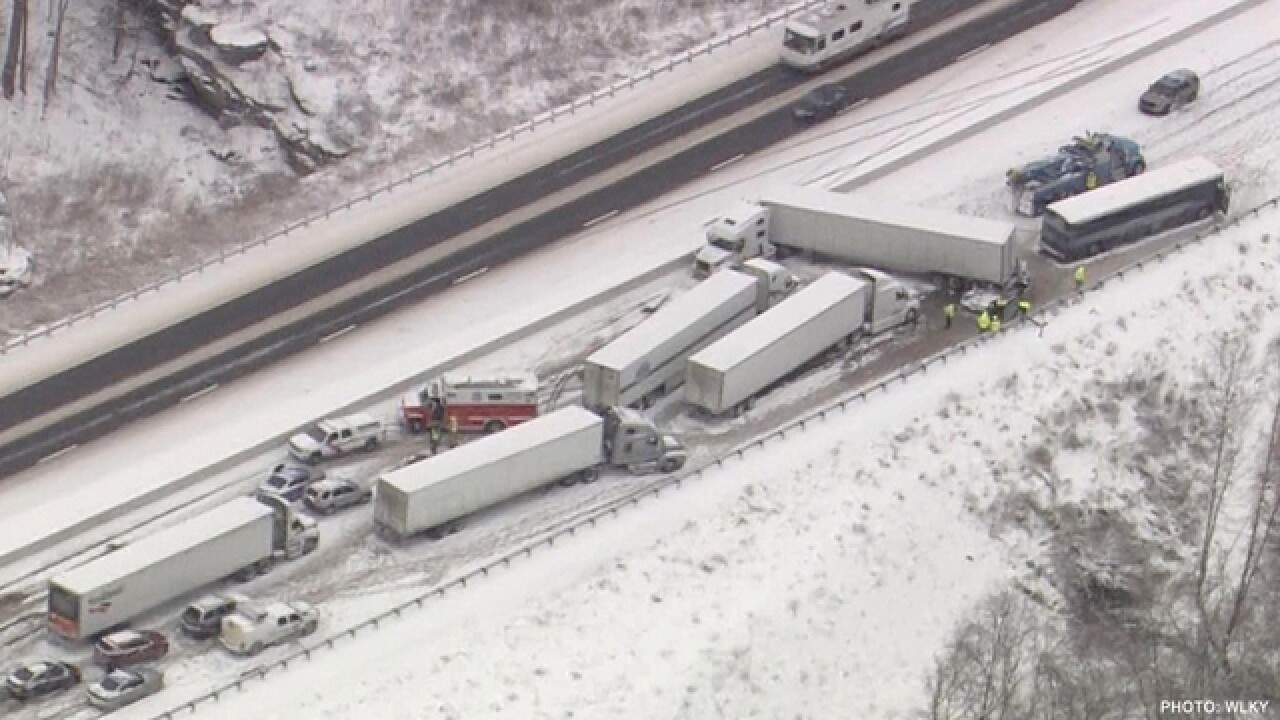 Seven people were hurt after a Greyhound bus bound for Nashville was involved in a crash with multiple commercial vehicles on southbound Interstate 65.

The crash happened in Hardin County around 8:40 a.m. Tuesday, just south of the State Route 728 interchange.

Greyhound spokesperson Lanesha Gipson said 24 people were on the bus. Seven were transported by ground to be treated for minor injuries.

It was not clear if anyone in the other vehicles was hurt.

Southbound I-65 was closed while crews worked to clear the vehicles – a task made more difficult by low temperatures and slick conditions. Officials said the interstate would be closed for “an extended period of time.”

Roadways were slick, and the exact cause of the crash was under investigation.