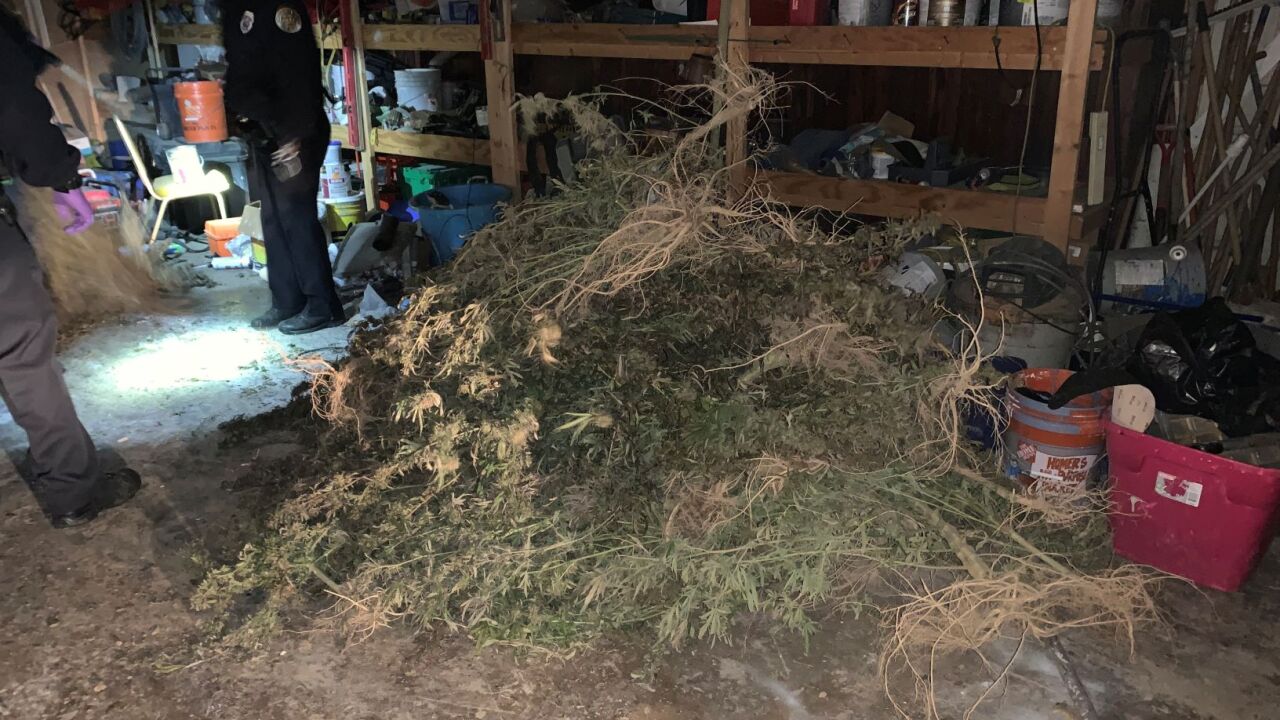 Officers were sent to the property in the 8300 block of Riley Adcock Road after a citizen tip.

Brince Woods, 42, Cyndi Green, 26, Wendell Vaughn, 23 and Cory Wair, 19 were each charged for possessing marijuana plants. Woods was also charged with contributing to the delinquency of a minor.