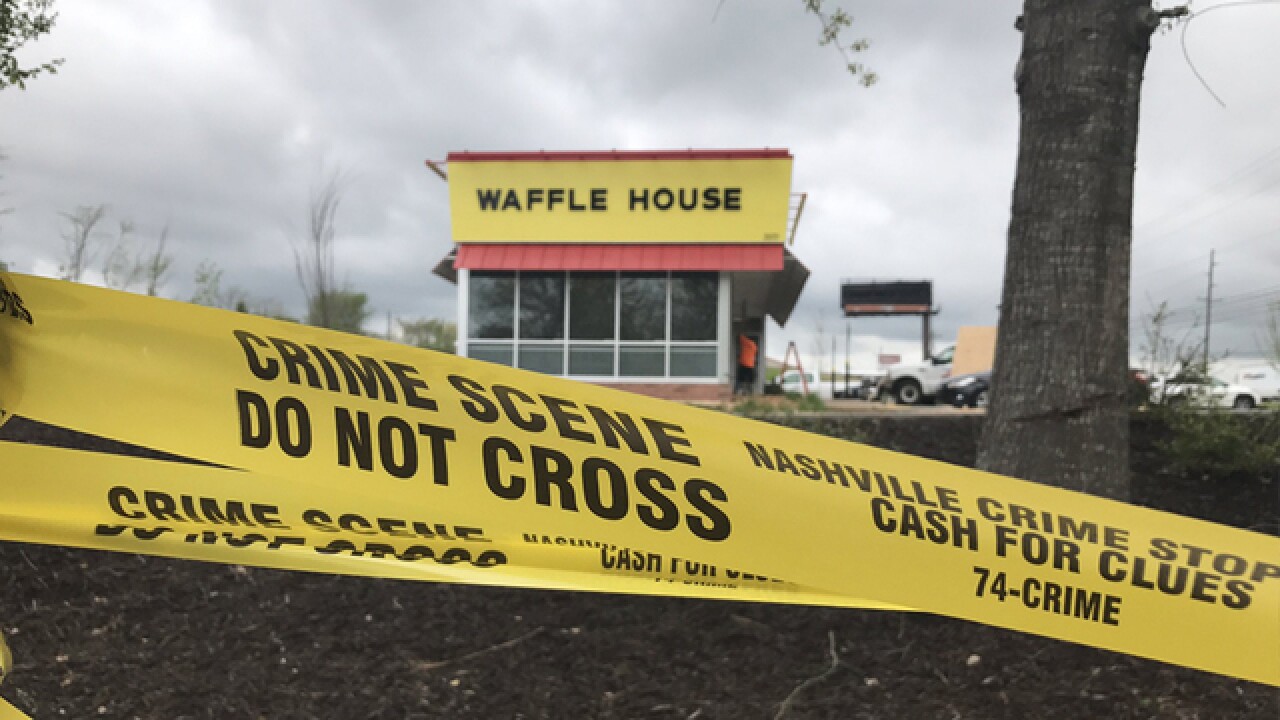 Staff at the Emergency Communications Center confirmed they have been reviewing the call-taking and dispatching processes involved in the deadly Waffle House mass shooting.

Those details from the review of the shooting on April 22 that killed four people will be used to assist in ongoing training for their personnel and to ensure professionalism.

In this shooting, 911 officials said dispatchers did not know where on Murfreesboro Pike the shooting was taking place when the first calls came in.

The shooting lasted 42 seconds from the time of the first shot outside until the gunman fled from the scene. Reports from the 911 center stated the shooter was inside the restaurant for 27 seconds.

A timeline was released of some of the multiple calls separate operators answered at the ECC when the shooting took place.

Officials said Murfreesboro Pike is the dividing line between the South and Hermitage precincts.

The operator who answered the fifth call attempted to learn the exact location of the shooting by using a computerized "criss-cross directory." The directory helps pinpoint the street address; however, while entering "Waffle House" and "Murfreesboro Pike," only the location at 816 was provided. That location has been long-established.

The location of the shooting was at 3571 Murfreesboro Pike. It had only been open since late 2017 and was not reflected in the directory.

A second timeline released by the 911 center showed the work the dispatchers did in order to get officers to the correct location.

Officials with the 911 center said the "shock and confusion among persons involved in or are witnesses to an incident such as this can be overwhelming... The trained personnel at the ECC work to overcome the emotion of the caller so that first responder assistance can be sent as quickly as possible. They did so in this incident, just as they do every day on behalf of Nashville's citizens."