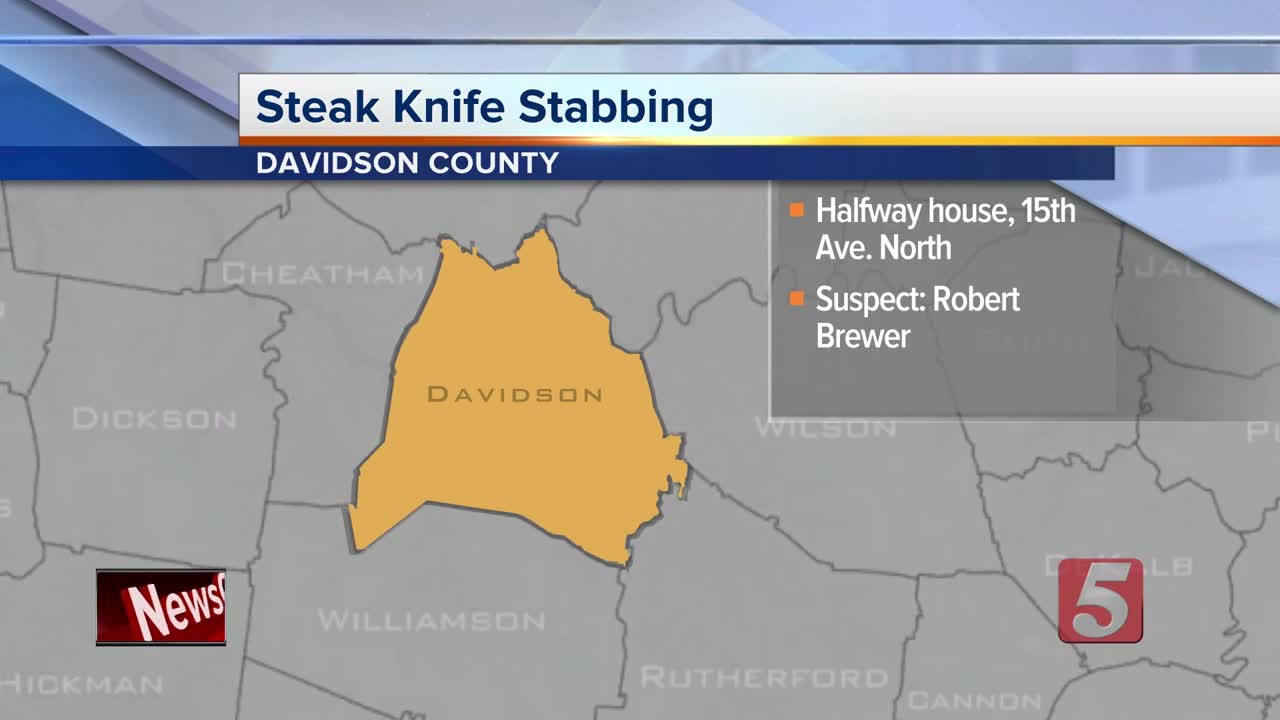 NASHVILLE, Tenn. (WTVF) — Police say a man was stabbed ten times with a steak knife in Nashville. According to an arrest report, the victim and suspect were arguing about food.

The incident happened Thursday at a halfway house on 15th Avenue North. The affidavit says the suspect Robert Brewer was arguing with the victim. Brewer picked up a steak knife and stabbed him 10 times in the head, neck, and shoulder area.

Brewer ran towards Buchanan Street. He was arrested for aggravated assault.

According to the Tennessee Department of Investigation Crime statistics, assaults are down this year compared to 2018. However, a dangerous weapon like a knife is the second most-used weapon during an assault.