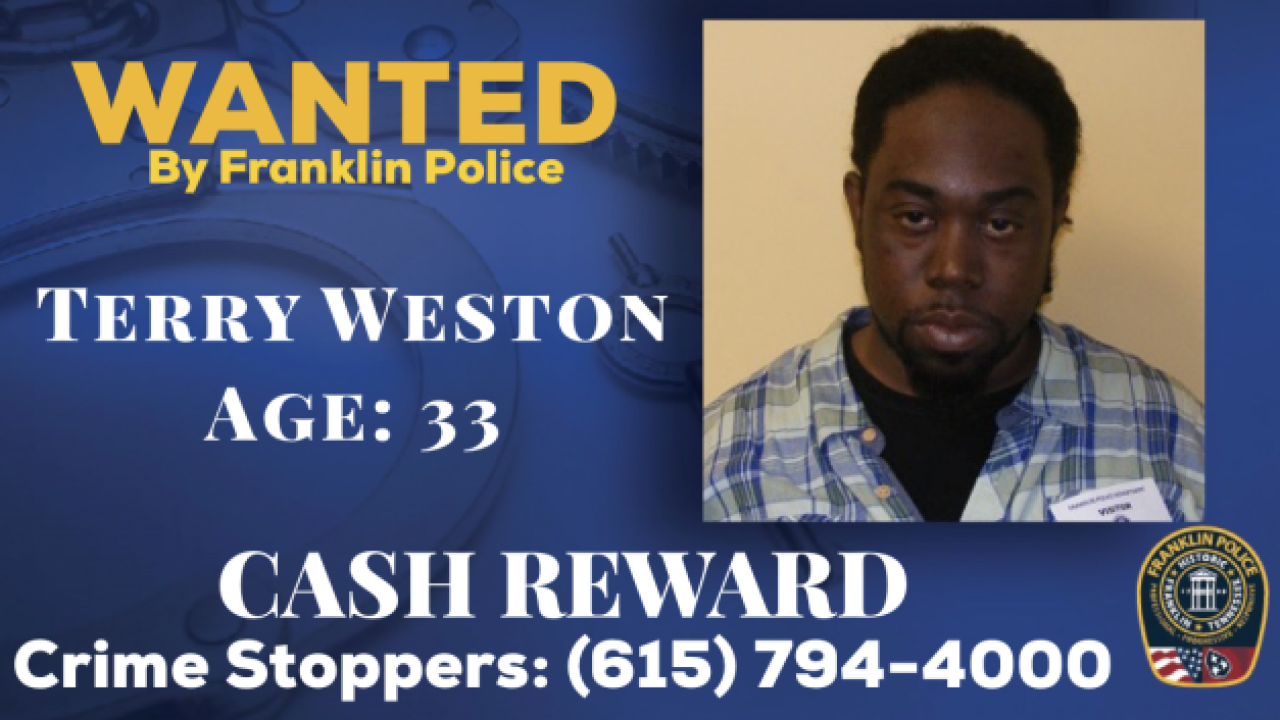 FRANKLIN, Tenn. (WTVF) — Terry Lemar Weston, a sex offender who is supposed to live in Franklin, is now considered absconded. He is being sought by the Franklin Police Department.

After Weston failed to update his sex offender registration information, detectives with Franklin police learned he no longer lived at the Natchez Street address where he was supposed to be residing.

Weston is classified as violent on the sex offender registry.

There is a cash reward of up to $1,000 for information that leads to his arrest. Anyone with information can call Crime Stoppers at (615) 794-4000 or submit a tip anonymously online here.