ACM Awards brings live performances back to TV amid pandemic 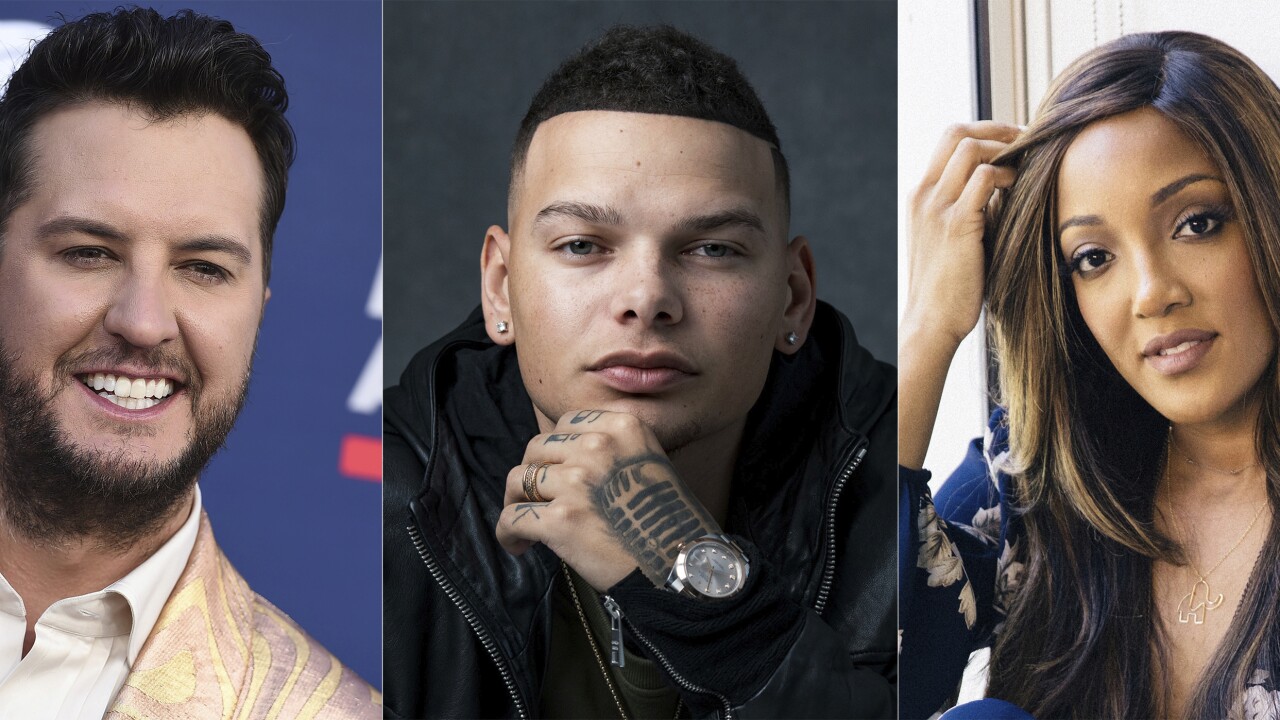 (Copyright 2020 The Associated Press. All rights reserved. This material may not be published, broadcast, rewritten or redistributed.)
AP
This combination photo shows country singers, from left, Luke Bryan, Kane Brown and Mickey Guyton who will perform at this year's ACM Awards in Nashville. (AP Photo)

NASHVILLE, Tenn. (AP) — There won't be any fake fans, canned applause or pre-taped acceptance speeches at the Academy of Country Music Awards this year.

After a five-month delay because of the coronavirus outbreak, the awards show is bringing the live television experience back again on Wednesday on CBS. Executive producer R.A.

Clark says the show, which was moved from Las Vegas to Nashville, will feature lots of live performances — albeit without live audiences — as well as having live acceptance speeches on air.

The show will be set at three indoor stages across the city, with performances by Taylor Swift, Miranda Lambert, Luke Combs, Luke Bryan, Dan + Shay, Carrie Underwood and Eric Church.