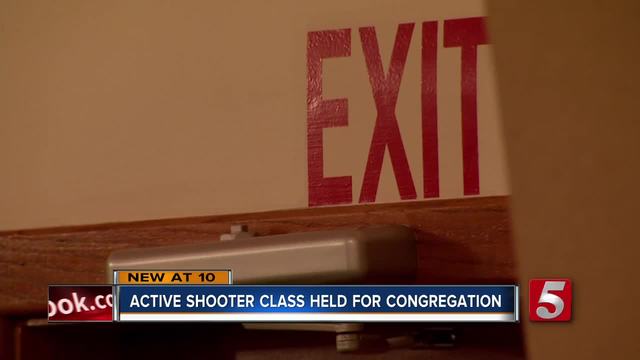 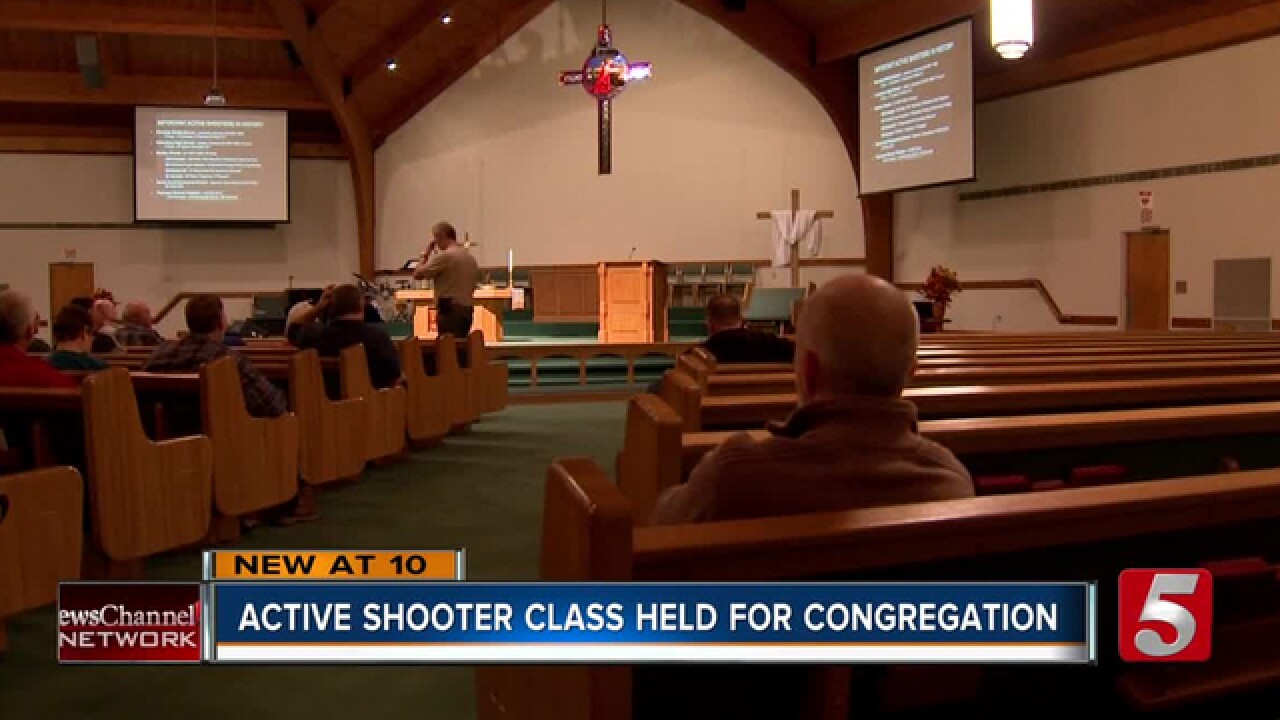 The department has put on similar classes to train law enforcement but designed the class to help civilians.

With recent church shootings in Sutherland Springs and Antioch, the pre-planned class was timely.

"It's extremely important, we have a lot of issues of people wanting to make up plans during the stressful event and that's not the time to make up plans. We want to encourage people to make plans prior to this," Sgt. Chris Olson said.

The purpose was to desensitize participants to fear. Part of the lesson involved how to protect yourself if a shooting occurred outside of a room.

Olson suggested try and lock doors, barricade it and turn lights off and look for possible exits. He also told people to designate certain roles to churchgoers.

"Preparation for the incident is 90 percent of the game. Of course the other 10 percent is when the incident occurs," Olson said.

After a PowerPoint, individuals witnesses an active shooter reenactment.

Officials said having a prepared plan could help save more lives while waiting for first responders.

For more information on participating in a class, contact the Montgomery County Sheriff Department at 931-237-2429.