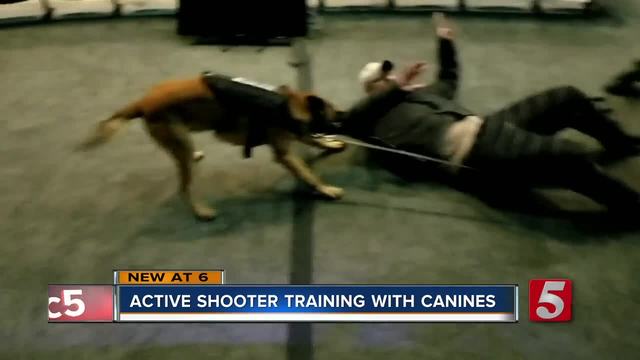 GPS Canine trainer and handler, John Brandon Bowe showcases what his dog, Katrina can do. Katrina is a certified counter active shooter working dog, or CASWD for short. 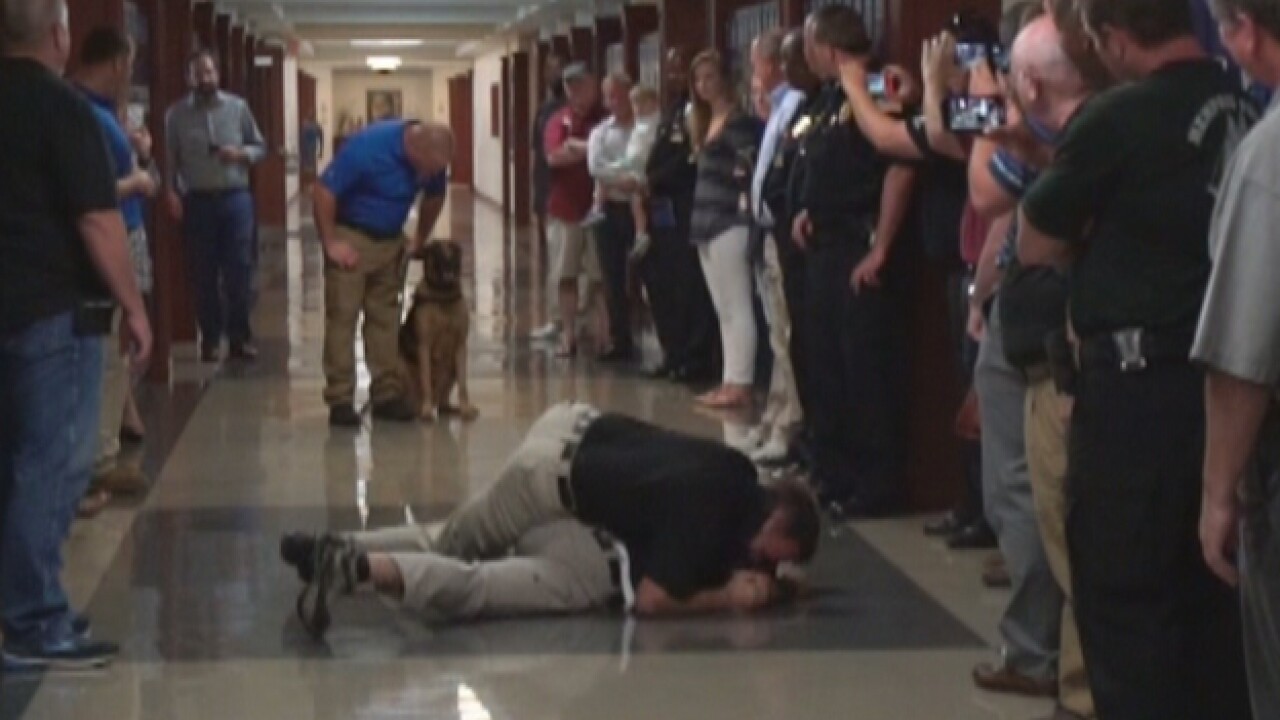 GPS Canine trainer and handler, John Brandon Bowe showcases what his dog, Katrina can do. Katrina is a certified counter active shooter working dog, or CASWD for short.

"When the dog goes to work its 100 percent speed, aggression and violence," Bowe explained.

Bowe's company and others, including Nashville security company, ASSET have teamed up to train dogs to do what humans can't in an active shooter situation. "They cover ground an awful lot faster. They're extremely intimidating when they're coming at someone that's being aggressive towards people," ASSET trainer Bill Haines said.

The dogs will also take the shooter's attention away from its target. "If the shooter is engaged, fighting with this dog or defending or running from this dog, the shooter is no longer actively shooting at people anymore. So that whole time frame there, lives are being saved," added Haines.

Last month this concept was demoed in Memphis under the watchful eye of local law enforcement as well as school and hospital officials. They hope to soon showcase these CASWD canines in middle Tennessee.

"So when a mass shooter appears the dog will click off what we call safe and give it's life to take out the shooter at all cost," Bowe.

The canines are socially trained as well, meaning when they're not working they can be around anyone, including children. The cost for a CASWD starts at $25,000 and they can usually work for 6 to 8 years.
Clients can choose their own handlers or one can be provided. "The handler can be an SRO that already works at that school and can be trained to work that dog," said Haines.