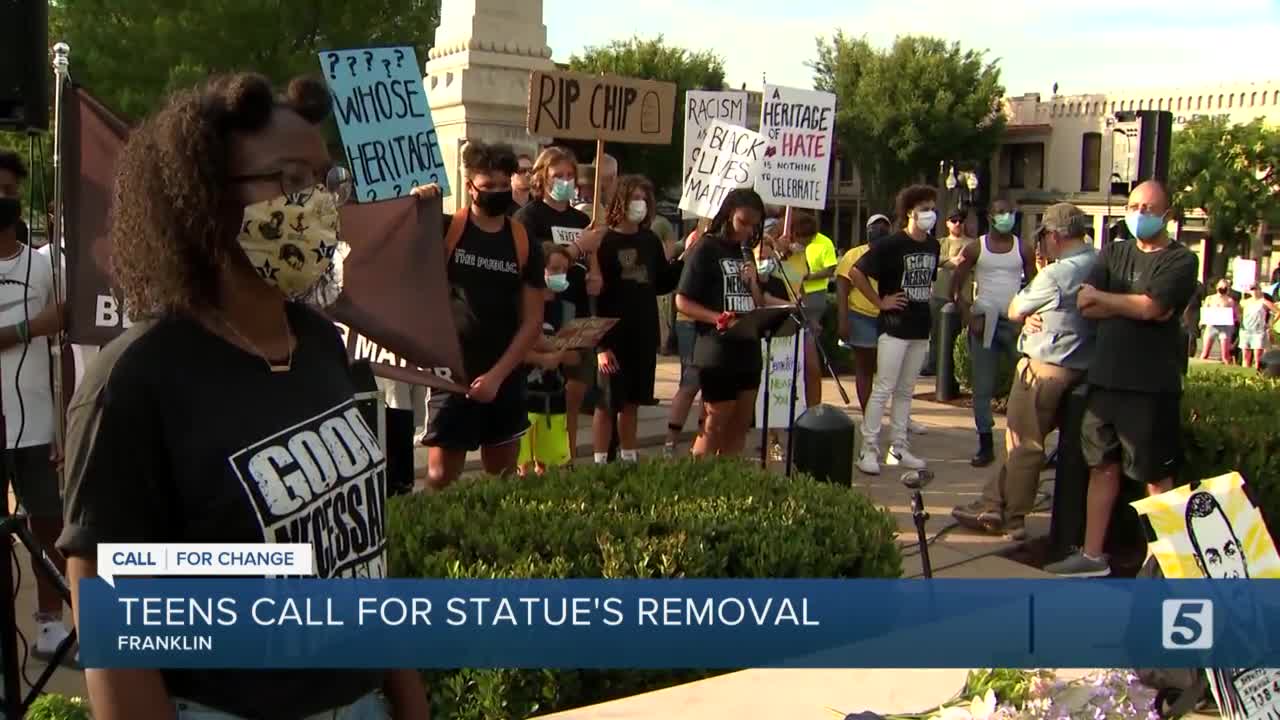 A protest and march is planned in Franklin demanding the Confederate statue in the downtown Public Square. 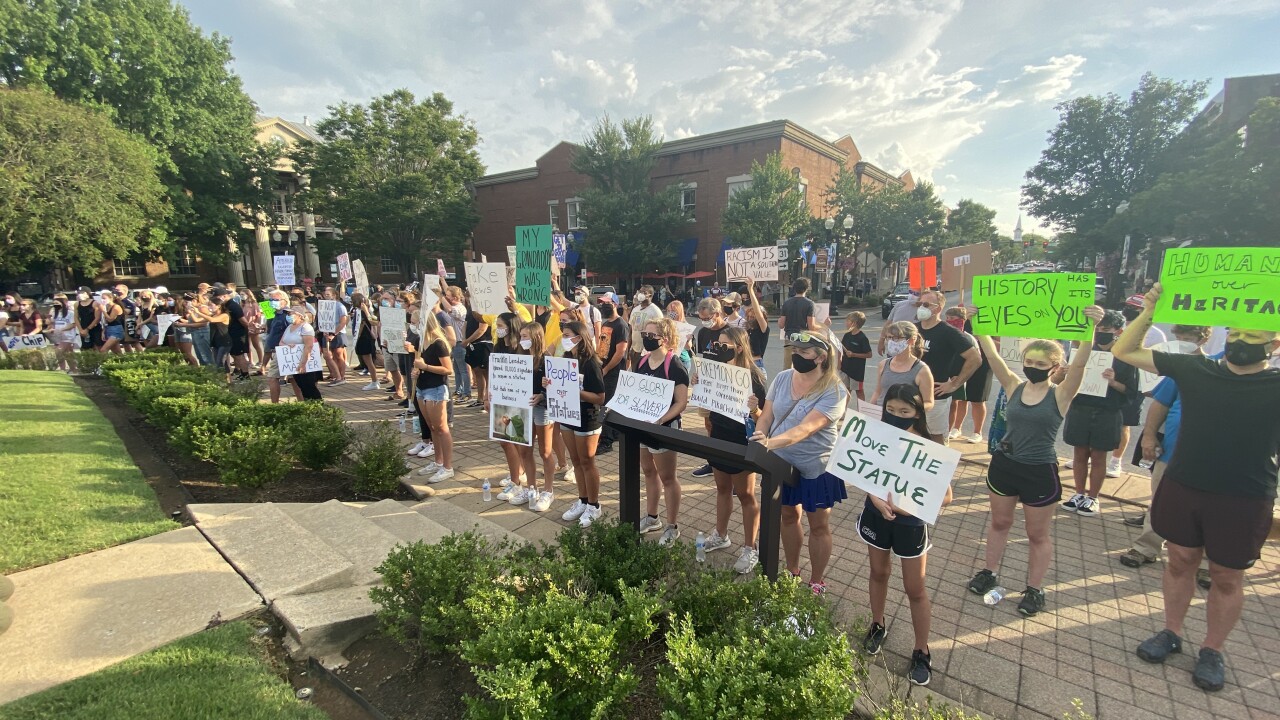 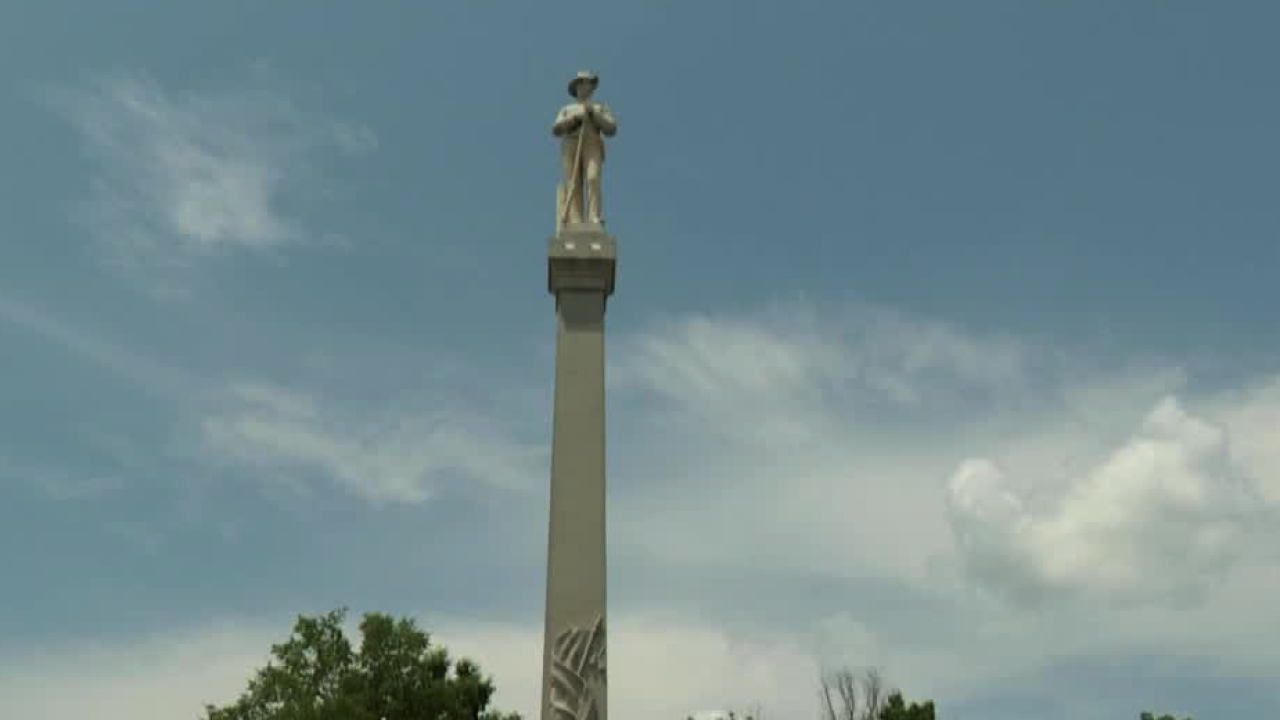 FRANKLIN, Tenn. (WTVF) — A protest and march were held in Franklin demanding the removal of the Confederate statue in Public Square.

The Civil War monument, known locally as "Chip," stands over downtown Franklin and has watched over locals since 1899.

The teen group, Students for Black Empowerment, held the protest Friday evening. It started at 5:30 p.m. at First Missionary Baptist Church and ended at the square. Organizers say masks are required.

The monument has been the topic of discussion as the city tries to answer the question: who owns Public Square?

On July 14, Franklin city officials agreed to settle with the Daughters of the Confederacy, giving them ownership of the statue. The group's attorney, Douglas Jones, says they've had it all along, saying they paid for ‘Chip’ so the monument belongs to them.

“We don’t need to erase our history. The bottom line is, this isn’t city property, it’s not the City of Franklin’s decision," Jones told NewsChannel 5 in an interview earlier this month.