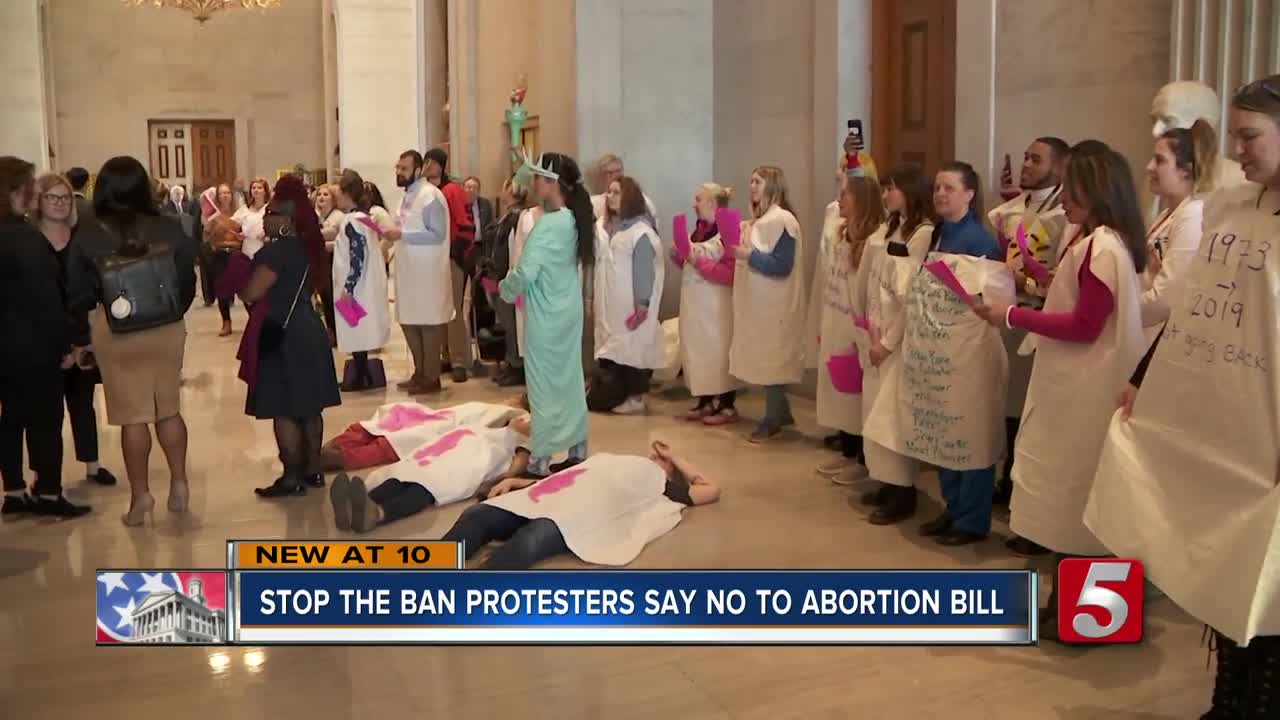 Several people packed the statehouse today protesting a bill that would ban abortions if a heartbeat is detected. 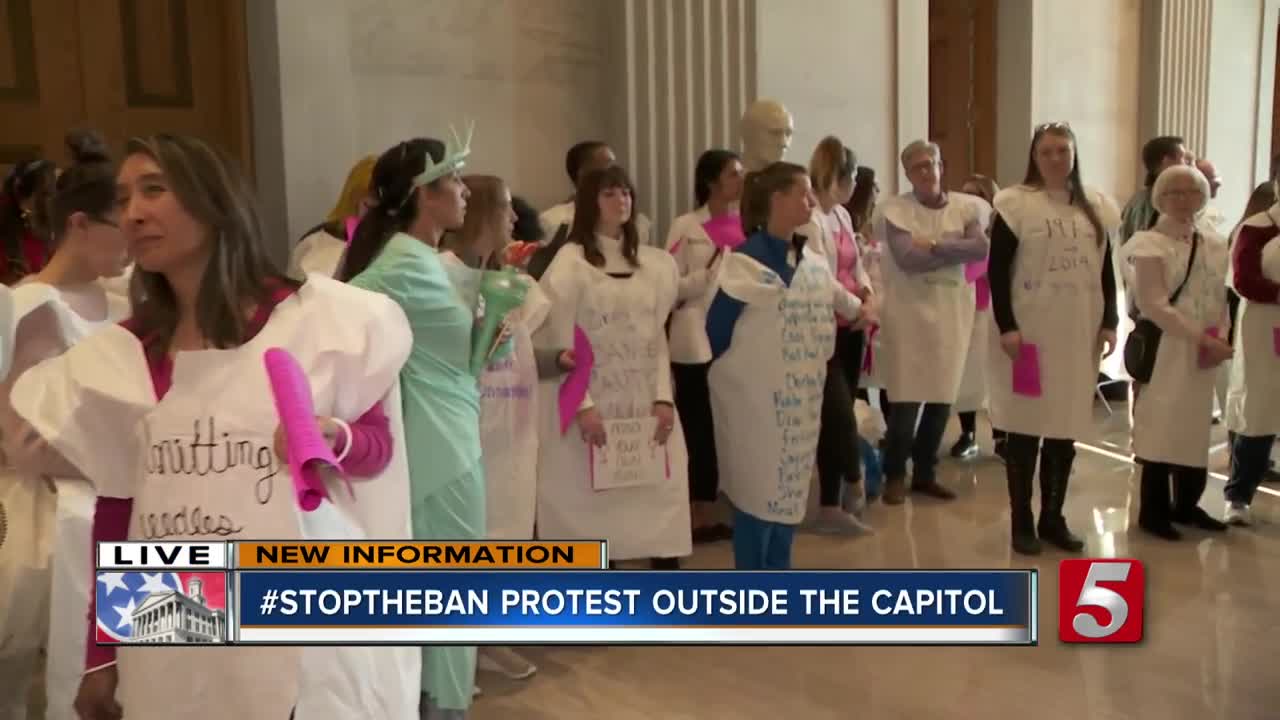 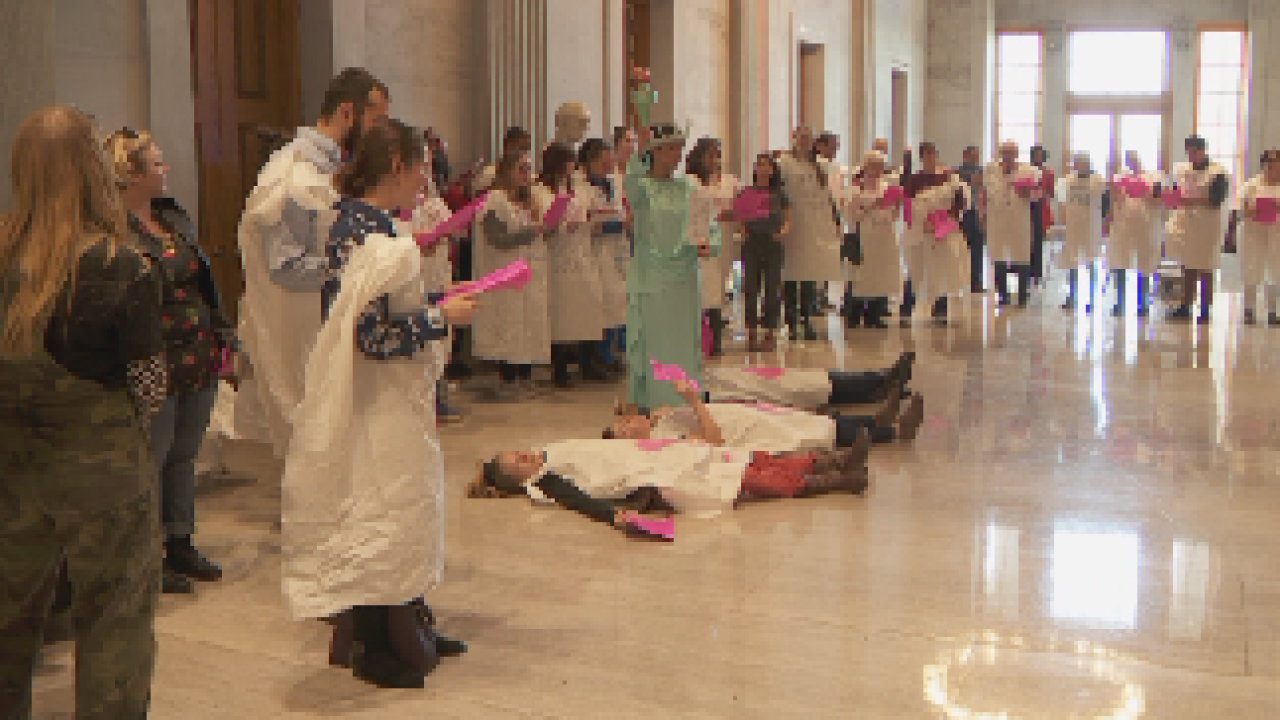 NASHVILLE, Tenn (WTVF) — Several people packed the statehouse Monday protesting a bill that would ban abortions if a heartbeat is detected. Planned Parenthood spearheaded the rally calling it "stop the ban" action.

Planned Parenthood and other abortion advocates packed inside the Capitol wearing makeshift hospital gowns with a message for lawmakers.

They started upstairs in the Senate gallery and then made their way downstairs in front of the Senate Chamber doors. It was at that point they began to chant ,"Racist, sexists, anti gay, religious fascist go away" to lawmakers leaving session.

"What we're trying to do is confirm that when there's a heartbeat that this would confirm that there is life inside the womb," Senator Mark Pody, the sponsor of the bill

The bill would make it illegal for women to get an abortion if a fetal heartbeat is detected.

"We are highlighting the methods in which people terminated their pregnancies before Roe, the land mark decision that legalized abortion across the United States,' said Thomas.

And while these protesters rally against the legislation, Senator Pody says he is rallying for life.

Pody says 2019 is the time for change. He believes it's easier to pass abortion laws today in the legislature.

"We're here today to say now is the time that we should investigate how we can save these babies," said Pody.

The Senator said he knows his proposal will be challenged in court if it becomes law but he has a plan.

"We want to make sure that the language that we have is going to be constitutional, and that it will stand up in court, and that's exactly what we're trying to do with this bill," Pody said.

However, those who are against the measure say the bill has no place in Tennessee.