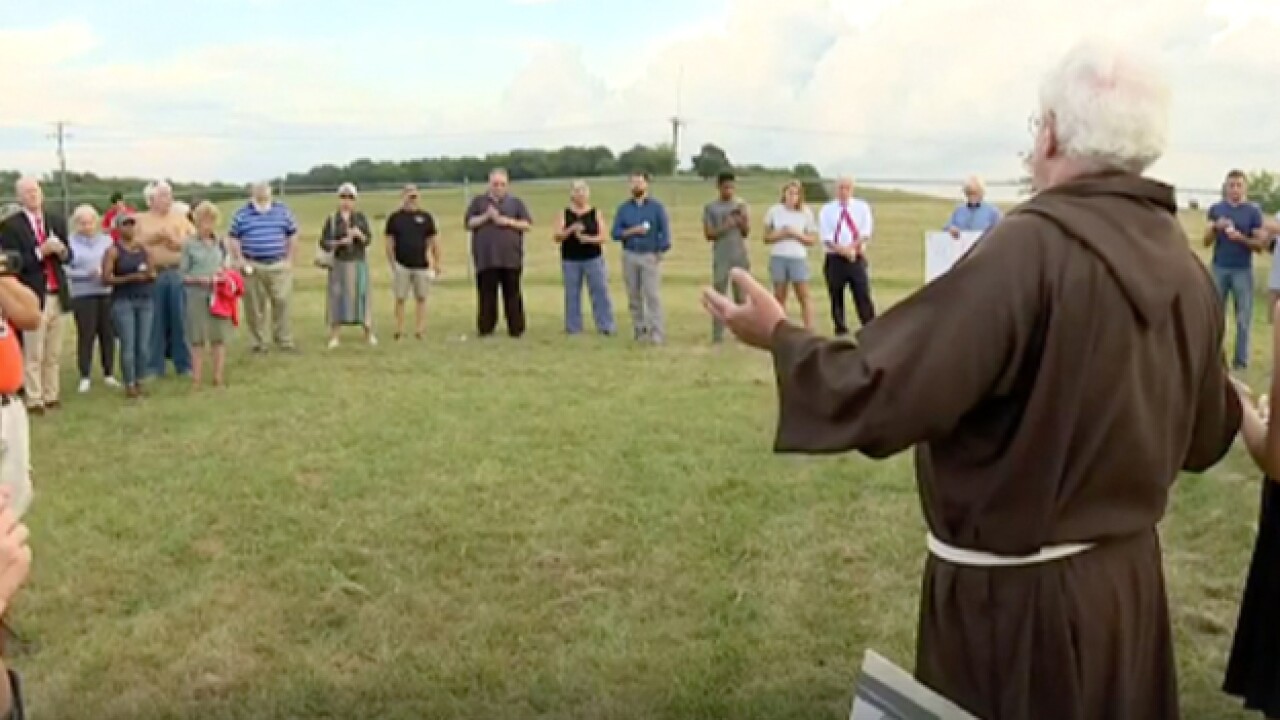 A group of activists protested the execution of Billy Ray Irick at Riverbend Maximum Security Institution.

Before the execution, members of the Catholic diocese, Tennesseans for Alternatives to the Death Penalty, and other community members gathered in a nearby field at the prison to protest the execution.

The peaceful protest was disrupted by people in support of the execution, one of which carried a small speaker playing the song "Hells Bells."

Another man yelled at the group saying, "How about your daughter, 7 years old...there's gonna be more. Praise the Lord."

"When you look at what Billy Ray Irick did was he raped a 7-year-old girl and then strangled her until the blood vessels in her eyes burst. That deserves an execution," said Rick Laude.

A candlelight vigil was also held at Fisk University in protest of the Irick's execution.

There has been controversy over the drugs used to kill Irick. He was denied a stay of execution by the U.S. Supreme Court earlier in the day, but Justice Sonia Sotomayor dissented, saying it's possible the drugs might cause Irick to suffer.

"If the law permits this execution to go forward in spite of the horrific final minutes that Irick may well experience, then we have stopped being a civilized nation and accepted barbarism."

Booth said Irick was one of four prisoners on death row who worked for three months painting the Stations of the Cross on a scroll as part of a prisoners art project.

"Billy was one of the artists who painted the scrolls the Stations of the Cross which are in the Catholic tradition scenes of the Passion of Christ," Booth said.

Booth went onto say what Irick did was a heinous crime.

"The Catholic Church teaches even in the presence of heinous crimes the person who committed the crimes retains a fundamental dignity and is made in the image of God and is capable of redemption. Therefore, the execution of a person, even one guilty of a terrible crime, is an offense against God and offense against the dignity of a person," Booth said.

The next execution scheduled in Tennessee is on October 11th, when Edmund Zagorski will be put to death for a double murder in 1983.