After 11 years, Nashville homeless couple gets married at laundromat 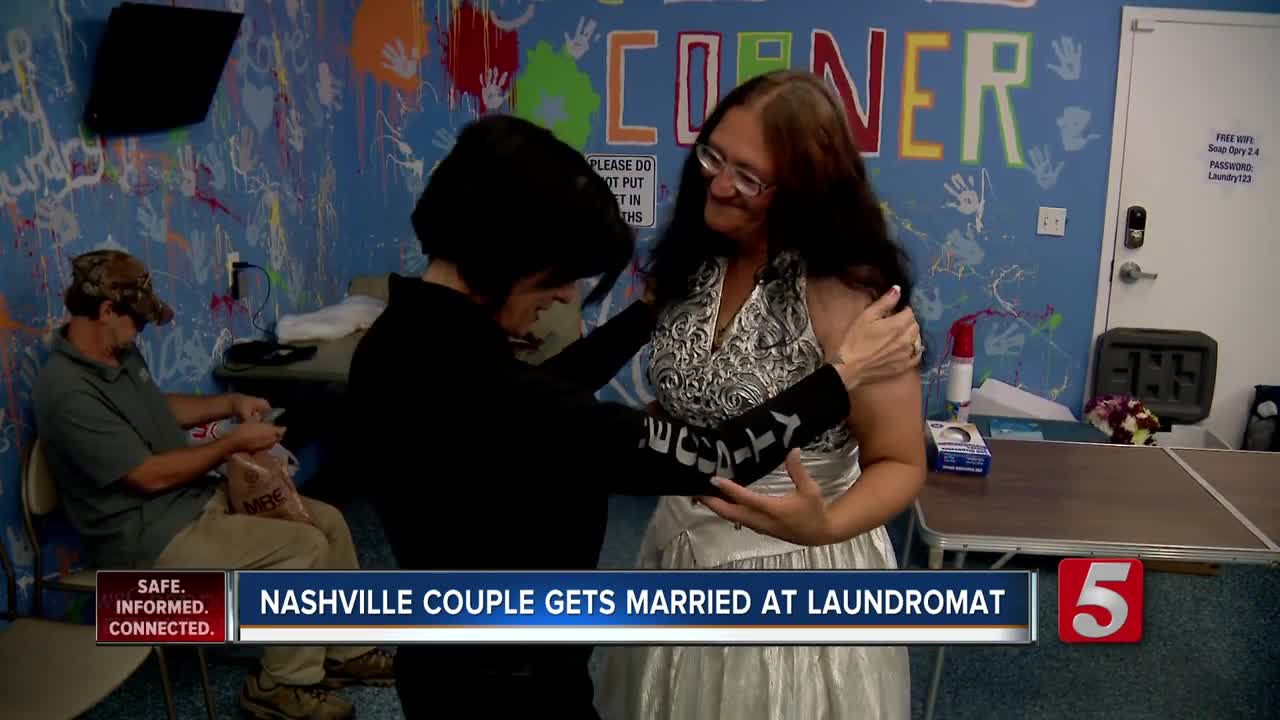 It is not the typical venue to get married, but a Nashville couple is beginning a new life together after their wedding ceremony at a laundromat. 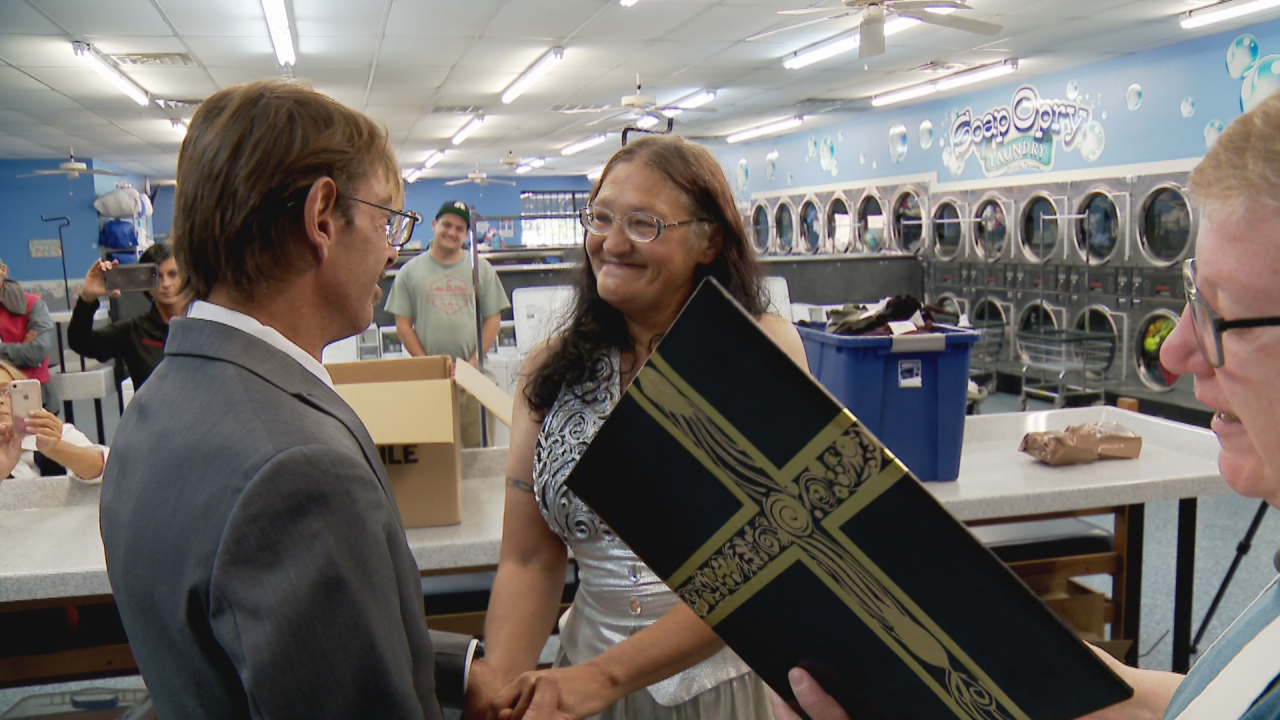 NASHVILLE, Tenn. (WTVF) — It is not the typical venue to get married, but a Nashville couple is beginning a new life together after their wedding ceremony at a laundromat.

Cheryl Smith and James Knight tied the knot at Soap Opry Laundry on Dickerson Pike on Wednesday after more than 11 years of dating on and off. While it may seem strange to exchange vows down the aisle of a laundromat, it seemed appropriate after what they both have gone through.

The clothes were donated, and the reception food was pizza. The ceremony was not glamorous, but it was enough for a grateful couple in a difficult position.

"I've always dreamed about getting in a dress and getting married in a traditional style, and today seems like a dream come true," Smith said.

Smith and Knight have been homeless after hitting a rough patch, whether that is being evicted or terminated from their jobs. Smith works at Soap Opry but because of the lack of affordable housing in Davidson County, is still sleeping in a tent. However, she and Knight found a new family at the laundromat in more ways than one.

"We didn't have enough time to get a church and Ms. Lisa says to have it here so that way we can go ahead and have the wedding. I love this place," Smith said.

They were first introduced to the laundromat thanks to the effort by Reverend Lisa Cook of Sacred Sparks Ministry. For five years, Cook made it her mission to pick up people experiencing homelessness and drive them to the laundromat where they can wash their clothes and eat lunch for free. Cook serves 40 to 50 people on a regular basis every Wednesday.

"I meet people where they are and don't try to fix them or judge them," Cook told NewsChannel 5. "Homelessness is getting worse and unfortunately, it's because of the lack of affordable housing in Nashville."

Many of the people in attendance are other homeless men and women including Laquan Clark. They were not only treated to a free wash but the start of a new life for two people working to get back on their feet.

"I'm very excited for them, love is amazing, it's beautiful and hey two is better than one," Clark said.

Knight said it took a while to propose because there were "a lot of problems in the past." However, they both agree this was a day they both have been waiting for, whether it was at a laundromat or not.

"I thought I would never meet the right person and apparently I did. Anything is possible in life, just set your mind to it take it one day at a time," Knight said.