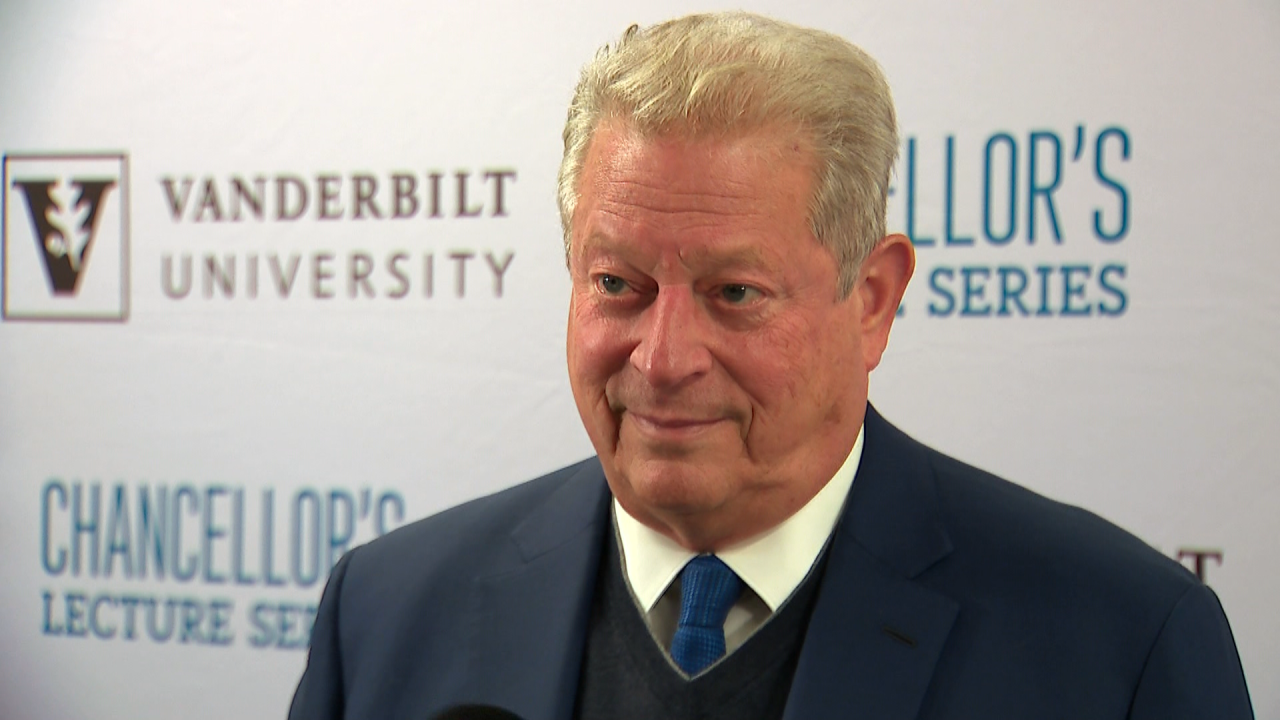 Gore said it's important to not only talk about the problems but also the potential solutions.

His presentation Wednesday night was one of many happening in all 50 states and in 75-foreign countries.

During an interview with NewsChannel 5 the former vice president talked about how young people are taking a strong stance against President Trump's decisions impacting climate change, including his decision to pull out of the Paris agreement.

"That decision is still in the hands of the voters and of course that means the climate crisis melds with the democracy crisis, said Gore. "And I'm hoping that whatever one's political party they will get active and support candidates who care about the future and realize we've got to solve this."

He also reacted to the ongoing impeachment hearings in Washington.

The topic then transitioned to the electoral college. The former vice president said he would prefer popular vote.

"I do think overall our democracy would be healthier if we did shift to a popular vote."

Gore has several ties to Vanderbilt. He attended law school there from 1974-1976 before running for Congress.